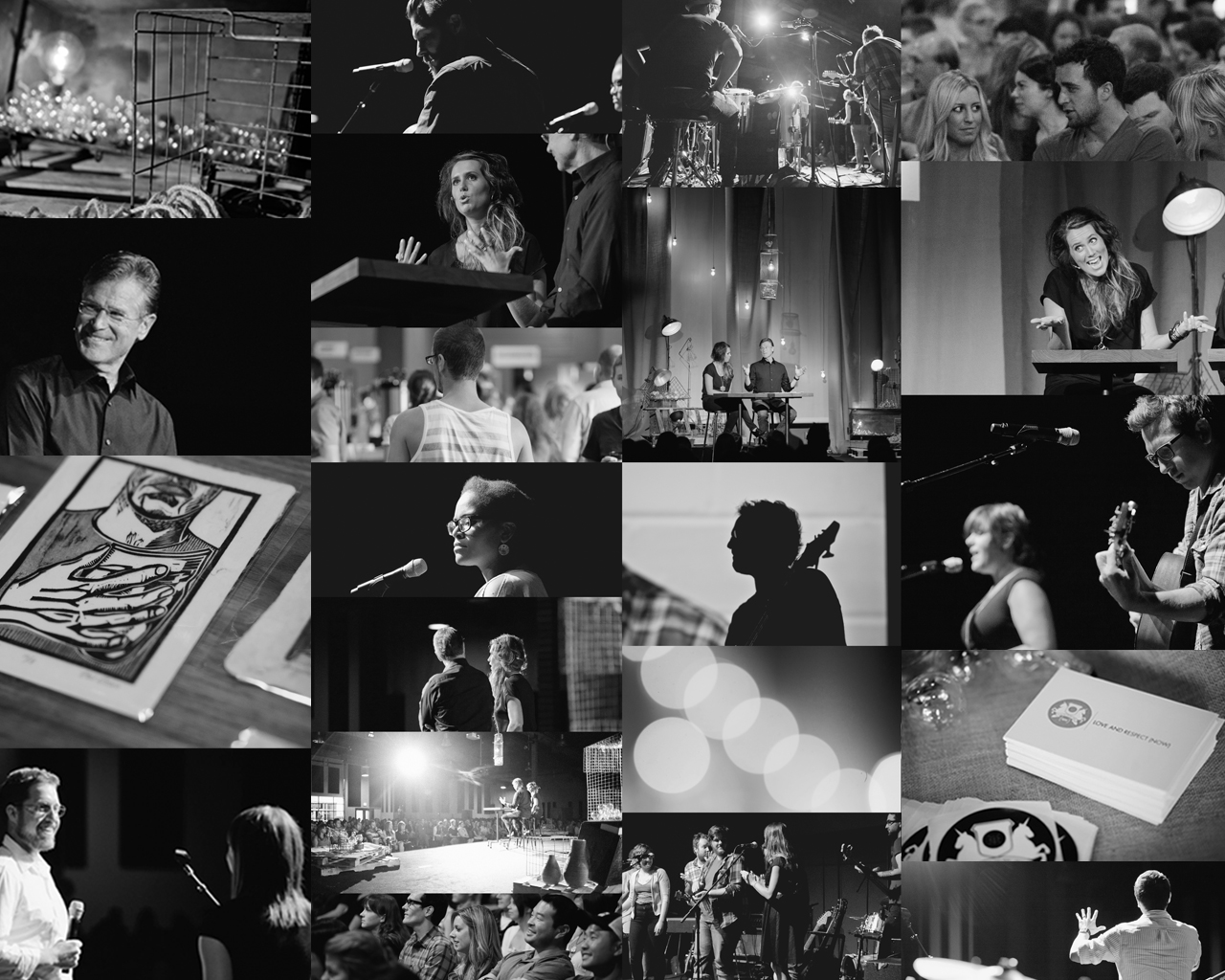 About The Project
& FAQs

Today, 18-35 year olds are faced with unique challenges as they navigate issues of faith, dating, marriage, and male/female relationships. Rooted in a desire that she and her peers would hunger and seek after truth regarding these shared life issues, Joy Eggerichs has created The Illumination Project (TIP)—a project that focuses on asking questions to gain wisdom from those who have gone ahead.

Joy and her father, Dr. Emerson Eggerichs (author of the marriage book, Love & Respect), filmed TIP in front of a live audience in Portland, OR.  In the series, Joy shares her own stories and questions—believing they mirror those of her generation—and Emerson provides insight based on his own study and experiences. Together they hope their conversation will inspire wisdom, or Illumination, among this generation of young adults.

The filmed conversation is part of a six-week video series that is available in DVD and online streaming formats, along with accompanying journals. As an added bonus, the series also includes a number of incredibly talented Portland-based artists and musicians who share their own creative illuminations (not to mention provide visual and audible ear candy). Each week includes approximately 30 minutes of video, time for discussion, and various suggestions for personal reflection.

TIP is a tool for everyone 18 years and older. It addresses common questions among young adults—whether single, dating, married or divorced. In addition, TIP also serves as a resource for members of the older generation who wish to mentor young adults. Simply pushing “play” will get a discussion started.  Ideally, this series is designed for a small group context—comprised of young and old—but it can also be done among peers or independently.

The Illumination Project boxed set is available for $125 (plus shipping) at www.loveandrespect.com/store. You can also purchase the streaming version for immediate, online access 24/7.

To get the latest information and other important announcements, sign up HERE.

1. What exactly is TIP? What is the purpose behind it?

Well, this is the mother of all questions, now isn’t it?

TIP combines Joy’s love of talking about God, relationships, art, music, and FOOD all into one place—it is a six-week series that explores common questions and issues people of her generation face today. Last summer Joy and her dad sat down in front of an live audience and had a candid conversation about faith, dating, marriage, and male/female relationships. Joy shared her own stories and questions—believing they mirror those of her generation—and her dad provided insight based on his own study and experiences. What resulted was TIP.

Each week includes approximately 30 minutes of video. When you order the boxed set and/or journals, you’ll also receive suggestions for group discussion and various other ideas for personal reflection.

Joy’s greatest hope for this project is that this conversation will inspire more conversations and give you wisdom, or illumination, if you will. While the study can be done with people in similar life stages, ideally it can be used with singles, dating, engaged, newly married folks that fall into the approximately 18-35 age range, while inviting or initiated by an older person or couple who wants to be available for the younger generation. TIP is intended to bridge the gap between generations, believing we have so much to learn from those who’ve gone before us. Joy also truly believes that the older generation desires to mentor and create strong connections with the millennial generation but often feels like they aren’t equipped.

2. Is TIP a small group study? How is it different than just talking with your friends at the dinner table?

TIP is a study that is Biblically and scientifically based, but it is also full of personal stories and reflection. Not only from Joy and her father, but from other artists, writers, and musicians, as well.

While it’s not mandatory, it’s suggested that groups meet in a home and consider having dinner together. Mostly because Joy loves food, but also because she finds that the table is a perfect place for great conversation to happen naturally, as opposed to just diving into a video and then staring awkwardly at each other afterwards. (Although the topics talked about in the video usually take no time at all for discussion to start!) Think of TIP as just an excuse to have dinner discussions with friends.

3. What lessons are we supposed to gain from the study?

All of the lessons. If you go through TIP, you will be a relationship genius.* There are 6 sessions in the series. Read about them HERE.

*Maybe. Just don’t let Joy be the gauge for what “success” looks like.

4. Is this a study that people who don’t believe in the Bible can join?

Yes, of course! Truth is truth, and each person, regardless of where they are at spiritually, will find things in this series that resonate with them. The Illumination Project is designed in a way that will be visually and conceptually appealing to lots of people.

This project hopes to create a safe, welcoming environment for those who may be wary of the church—because at the end of the day, everyone has opinions about two things: God and relationships. They’re at the core of who we are and what matters to us, regardless of what we believe about them. So at a minimum, TIP will get some great discussions going among you and your friends!

5. How is TIP different from the original Love and Respect DVD series? If I’ve already gone through the original, should I bother with TIP?

In fact, spoiler alert, Joy spends a whole video session pushing back on a lot of the principles her dad wrote about in Love and Respect, hoping to gain clarity on some of the more sensitive issues.

Another spoiler alert, Emerson takes it like a champ.

6. What is the benefit of the box set?

While TIP is now available for digital streaming, you’re really getting more bang for your buck by ordering the boxed set.

In one simple box, you’ll be fully equipped with everything you need to participate—journals (which are recommended for anyone streaming the videos as well), colored pencils, buttons, gold stars, coasters, DVDs…

…and a book of matches to light things on fire.

7. But, what if I don’t want all the extra stuff in the boxed set? Do we really need the journals?

The real question is, who wouldn’t want all the extra stuff in the boxed set? The Gold Star Czar pin alone should be reason enough to gather your pennies and buy the box.

But truly, the journal is a pretty key aspect to The Illumination Project.

Even though there is a digital streaming option available, participants are really encouraged to still order the journals. By design, they they will allow the people in the group to go much deeper after each meeting as they answer questions and work through all the wisdom Joy and her dad have imparted. There will always be people who feel comfortable sharing and processing in a group, but the journals will help those who need that space on their own, too.

And financially, buying the journals separately is a good deal! For a mere $15, you get a package of 6 journals and 6 colored pencil packs. Make everyone in your group skip that small latte and buy some wisdom instead. Tastes just as good (probably).

8. Can TIP only be done in a small group setting?

No. TIP is ideally created as a small group study to be done with a diverse group of people, but you can go through the series as a large group in a church (maybe in one long evening or day like when it was filmed live), as a couple, with your peers, or even by yourself.

Although, by yourself, the thumb war may be a little anti-climatic.

You can check out the Getting Started page for instructions, ideas and things to think about as you, well, get started.

You can also find out more about the Thumb War on that page.

9. How is TIP different from other small group curriculum?

One of Joy’s biggest dreams for TIP is that it would be done with a diverse group of people. Usually small groups are done with like-minded people because as humans, we gravitate toward those who are our same age or who are in our same life stage—it is easy to relate to and do life with people who are traveling the same path as we are. But in that setting, it is also easy to fall into a “grass-is-greener” effect, becoming bitter or envious of people in other stages. It’s amazing how quickly we lose a sense of empathy and reality toward one another when we aren’t in relationship with them.

Regardless of where you are in your journey—single, dating, married, or divorced—you have something unique to contribute to this project. We have so much to learn from those walking different paths, and TIP builds on that important idea.

10. Were any unicorns hurt in the making or TIP?