Last week I went and saw a huge high-rise building get imploded. Apparently the person selected to push the button was a five year old little girl. 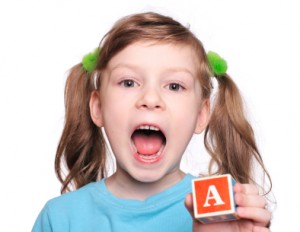 After the implosion, my friends and I tried to get closer to the site.  As we neared the street leading to the huge pile of rubble, a cop was trying to keep people out.

You’re wrong? Not only did it come out offensively, but grammatically those two sentences just didn’t make sense.

Under my breath, (and with a slight attitude) I said, “I’m wrong? Like, in life in general?”  What an odd, strong statement to make. The cop didn’t want me going down that street, therefore I was wrong.

From my logical view, if I was in search of a pile of rubble, then I was absolutely right!

It all depends on the perspective of the person.

I have quite a few friends who speak like this cop when it comes to men.  Recently I had dinner with a friend who stated that she was a “self-proclaimed man-hater.”

She had a rough year for sure, but “man-hater?”

This isn’t the first girl to express such sentiments. Even though “man-hater” may be in jest, the attitude is the same…

We have been wronged, therefore men are wrong.

Relationships hurt because they are real and we (should) give something of ourselves, yet we as women (and men) can act shocked by the opposite sex’s wrong behavior.

We are wronged, therefore the world is unfair.

Well to be fair…the world is unfair. We live in brokenness and pain.  But there are also times of joy, and from these happy times some feel entitled to constant happiness.

Where did that come from?

My guess is it stems from our generation having access to numbing stimuli.  Music, movies, video games, magazines, and social events.  These things can numb us to pain, but stimulate our senses.

None of this is bad, but it seems to contribute to a selfish mentality. I had a hard week at work, therefore I owe it to myself to watch this movie or go to this concert or buy this shirt.

Carry that over into dating relationships and we set ourselves up for disappointment.

Let me make a comment here: This is not just women. We are all looking for what we want to compliment our lives and our goals. But to observe my female species for a moment…

We compare battle scars and get fired up about stories of similar frustration. “He said what?!” “Well that is just a lie.” “What was he thinking?!” “Why won’t he just ask me out?”

We don’t understand, we are disappointed and somehow the only way we know to guard our hearts is to become “self proclaimed man-haters.” Some of us say it, others just think it, but…we feel wronged, therefore men are wrong.

I’ll tell you about some men who are wrong…

The father of my friend Jamie, who molested her over and over as a little girl until he was sent to prison.

The father who raised my friend Sue in a satanic cult where men did things so awful to her, it can’t be repeated here.

That is pure evil. That is wrong.

There is evil in the world, but are the majority of men we are dealing with evil? Or do most of us just come at life with different perspectives?

Jamie experienced evil, yet after years of work and counseling she forgave her father. She is getting married soon to a wonderful Godly man. Yes, a man. Not sure she could have gotten married if she hated men.

Sue experienced evil few of us will ever come into contact with or comprehend.  She too, through much work, forgave her multiple abusers. She chose not to marry, but she has also chosen to not hate men.

Both women had more of a right to hate men than most of the women I know. But they have worked hard and experienced great freedom.  They had options to marry or not marry, but they knew that bitterness was not an option.

Saying things flippantly like “self proclaimed man-hater” can be brushed off as self-preservation, but where is the sensitivity that hatred may hurt the heart of God?

This is a pretty bold claim about one half of the human race.

Understandably, I should always live in a manner that guards the heart, but if that guarding manifests itself in hatred because of being wronged, then it moves into hurting oneself and the heart of God who created both male and female…and was very pleased with his creation.

Do people have a right to hate me?  Will I allow my heart to get hard because people failed me?

Am I without sin? How is this helping my soul?