Westmont College in Santa Barbara California is where I chose to spend my life from September 2000 to May 2004.  In 2008, the Tea Fires were an overnight destroyer of much of the area’s lush landscape.

Amidst the fires that were moving at 70 mph, certain parts of the area were completely wiped out. It was a huge blow to Westmont College and faculty.

Something that amazes me though, is that during the fire, it burned everything around our little white picket fenced chapel, but left everything inside untouched.

I loved that little chapel because it was a consistent and peaceful staple to our campus.  It’s also where I did a segment of my Public Discourse project and transformed the chapel lawn into Arlington Cemetery. That’s partly why I have always said with enthusiasm “I love World War II.” That rarely goes over well. It’s where I sat and prayed during some pretty low points at Westmont.  And then of course my first interaction with the little white chapel was during Freshman orientation when our leader said it was the only building on campus open 24 hours a day. So naturally I asked if people ever got caught making out.

No one thought that was funny.

I took pictures yesterday when I was visiting campus, and while it’s no longer as dramatic as when I saw it last August, you can still see the marks of the fire.  The singe spots on the surrounding trees are still visible, but some foliage is starting to grow back. 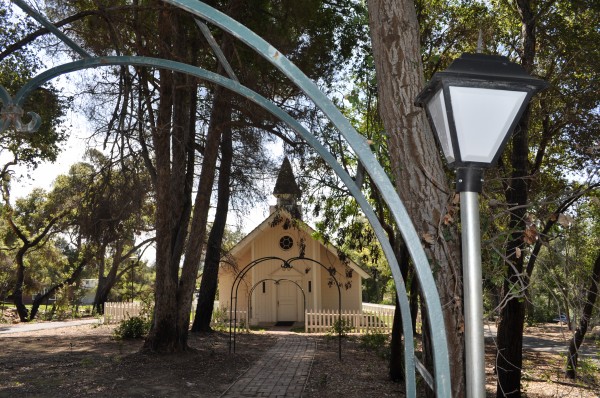 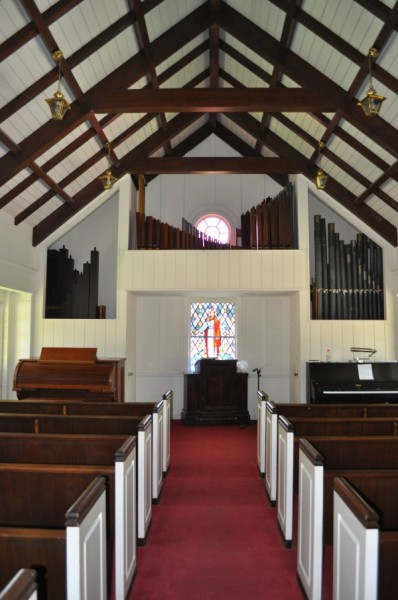 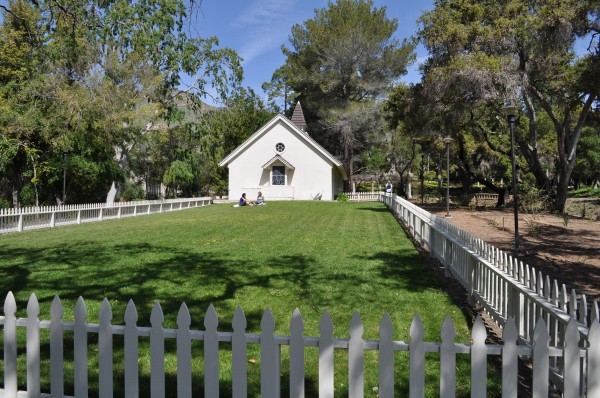 It was great to be back at Westmont–there are many memories that I hold from my time there. Some of which are in the past, some which I would like to burn and forget, but many of which layed the foundation of who I am now.

I was challenged to think critically about my faith, make decisions, and take responsibility for myself and my actions.

I hope I have become something kind of like that chapel…consistent, peaceful and able to withstand flames that try to destroy.