Fro Yo and Respect

I have not written about respect a ton on my blog.  It’s obviously one of the main premises of my parent’s message and foundational to successful relationships. But it’s so easily misunderstood, dismissed or seen as archaic so I usually like to address it with someone in person. I did address it in a guest post for my friend Nish, (HERE) awhile back but haven’t since.

Last night I was working on a talk that I am giving this weekend for women on the topic of Honor and Respect.  I left the office late and was feeling like I needed some type of encouragement—a push that this is important, valid and a topic people need to learn about.

Well, I think the Lord did just that. 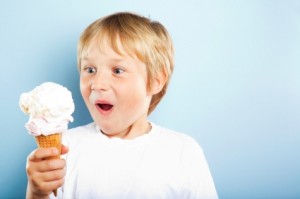 I met up with a couple guy friends for frozen yogurt (yes, guys who like fro-yo) and one had a friend in town who was not familiar with the work that I do.  It’s funny how there is this perception that guys don’t want to talk about relationships as much as girls do.

I beg to differ.

Honestly I was kind of exhausted and didn’t want to talk about relationships, but it ended up being encouraging to watch unfold.  I explained the concept of respect to them and they all knew exactly what I was talking about.  Their eyes nodded as if something was being defined that they had never heard defined before.

I asked for examples of when they felt disrespected or saw disrespect in other people’s relationships and they had specific stories.

I tried to explain the good will of both men and women, and how we need to work at understanding where each party is coming from and how respect plays into that, but mostly I just listened. These guys had incredible insight and were very much engaged in the conversation.

Yes, there are men who don’t understand respect just as much as women don’t. There is my friend whose ex-husband threw my father’s book at her (obviously he didn’t read it) and said this is what he needed from her. And I realize some men label things as disrespect that aren’t disrespect because they are trying to control.

I realize there are people who are abusive and not full of good will.

But many of us don’t even have a clue the power that we can have, especially as women, if we understand how to communicate to a man in a way that isn’t disrespectful.

Many women fear giving respect to someone who is undeserving, but don’t realize that that fear translates to them showing disrespect to protect themselves. I don’t think as women we realize just how sensitive men can be in this area and that we do have the power to break a man down…easily.

We often hear that “communication is key.” Well, I believe respect is the biggest key to effective communication and many of us haven’t even picked it up to attempt unlocking the door into a man’s soul.

As a woman who has always been intrigued by observing and learning about relationships, I am surprised at how little I ever learned about respect.  I believe my generation is on the brink of figuring this out.

We will either engage it or continue to ignore it like the last generation.

Women, I encourage you to ask the men in your life what makes them feel disrespected.  Then sit back and listen.  Men, I would encourage you to understand how to articulate what respect is to you and seek to understand the heart of a woman.  What may FEEL like disrespect to you, is often not our intent.  We will never communicate effectively if we distrust the intent of the other person’s heart.

Let’s get over our fear, and unlock the power.

What is your idea of respect?

How have you seen culture to define respect?

What do you think God intended when he addresses respect in the Bible?