Think about the men in your life. Your father, brother, boyfriend, husband, friend, co-worker. What makes them tick? What are their passions?

Don’t know? Then ask or observe.

As you start to ask questions, I believe you’ll begin to understand what drives them, and the things that bother you about them will begin to make more sense.

As you know, I believe respect is a huge need in the soul of a man. I also believe it has culturally been removed because we have seen certain societies enforce a faux form of respect by suppressing women. Or we have seen men who are unable to articulate their desires to feel respected and act out in ways that are demanding and demeaning.

This is a reality.

But I think as strong women who empower one another, we can get beyond the perversions of what respect has come to mean and rename respect.

One of the ways I see it being renamed is through our voicing and showing that we believe in men. We don’t believe they are perfect, but we believe in them. And we don’t fear vocalizing that.

I believe men need this, especially from women close to them. I see my generation of women as strong enough to play this role. How?

When you sense passion or fear in a man, intentionally speak words to affirm the passion or help combat the fear. Show him that you believe in him by your words and your actions. If you are getting a visual that involves wearing a cheerleading outfit or readily jumping into the arms of an abusive man, you are missing my point. But you may need to unpack some things about yourself for this to be authentic. Try asking yourself the following questions:

Does the thought of respecting and believing in a man scare me?

Do I fear he will somehow hold power over me?

Do I fear I will somehow become unequal or less of a woman?

If these are your fears, I would encourage you to unpack where they stem from with someone.

Counseling is one the healthiest and most necessary decisions I have ever made in my life. It has helped me get at the root of my fears so I don’t have to stay stuck in them. It’s helped me enlarge my perspective on life and on how we view and give grace to one another. It’s been a catalyst to my mission of improving how we view each other as men and women. So, what’s my mission?

For us to unpack our fears and unleash the strong women God has designed us to be.

For us to start speaking belief and respect into this generation of men, whether they deserve it or not.

Because I believe that is what God would have us do. Christianity is counter cultural.

Because I know men who feel shamed by society.

Because I personally believe fewer men would be abusive if they weren’t as insecure and unsure whether women and society believed in them.

Because I want women to believe in my brother.

Because I want to marry a man who doesn’t fear my projection of what “research” says he is but has an identity that is strong and noble because the women he has been friends with, dated, and worked alongside believed he was more than a statistic.

But mostly, my mission is for little boys like Bear. I want him to grow up realizing women aren’t limiting him to a label but instead believe he is a fallible yet honorable man who will make a great name for himself.

So that’s that, for now. 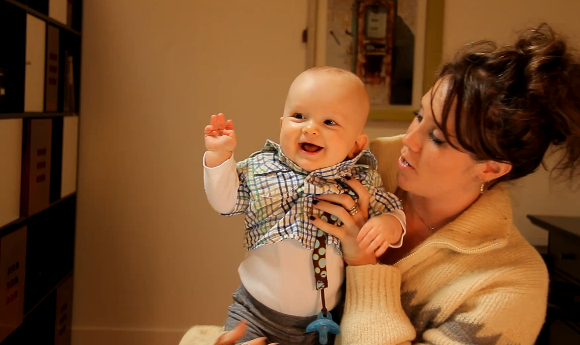 Be strong, little Bear. I believe in you and am already in awe of the man I know you will be.