As an example, I think communion taken as a couple should be done as man and wife, not boyfriend and girlfriend. But that’s just personal preference; I have nothing doctrinal or biblical to base that on.

Unrelated note: why the big deal over unicorns? We have herds of them in Wyoming, nothing special. They hang out with the jackalopes. Seems like a unicorn aficionado would know that . . .

I see unicorns everywhere, so I was familiar with that last stat you mentioned. It’s more the fact that there are so many unbelievers, and that is why I have to proclaim the truth and show evidence. (As you will note if you ever view my Pinterest page.)

On to your less serious question about spiritual boundaries.

Most forms of discipline in life result in making us stronger as individuals. If the discipline is done to honor God, it also will make us stronger spiritually. Both married and dating people can benefit from the practice of spiritual disciplines; however, it needs to be done out of a healthy fear and reverence for God because of our relationship with Him, not because we are trying to get an A+.

I can tell you are someone who knows that.

When a discipline is acted on in a dating relationship because one is trying to have boundaries and save things for marriage, it’s always important to understand the “why” behind the rules we decide to follow or set for ourselves. As you alluded, you have no spiritual basis for saying no to taking communion with a girlfriend; you simply made that choice because of what it symbolizes for you. And that’s great.

As I was sharing this with a friend who had a similar experience in his last relationship, he said that no matter what you decide your personal spiritual boundaries are in dating, the important thing is that you have an open conversation with your girlfriend at a certain point where you can share your decisions and she can share hers. If she doesn’t know that the reason you aren’t taking communion with her is out of reverence for your future marriage,

she might be hurt if she has a different take on that same spiritual practice.

Another way that spiritual boundaries can have adverse effects is when we set boundaries for ourselves based on what someone told us to do. I know I say “seek wise counsel” in ninety-nine percent of my posts, but that should never be translated as “seek wise counsel and then blindly follow the advice.” That’s not Scripture’s intent when it tells us to seek wisdom. An example in this case would be the counsel who says, “Boyfriends and girlfriends should NEVER pray together!”

And then the conversation ends.

The people giving that type of advice are generally the people who when dating would connect in prayer and then find themselves connecting in the backseat of their car moments later. They then teach the next generation of people that dating and praying are not a good combination. But they neglect to share the reason why behind their dogmatic statement. I know couples who really did struggle in this way, and I know couples who have felt complete freedom praying together. 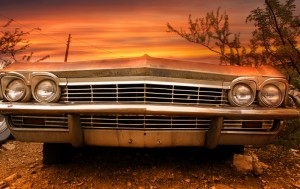 I like your question, Travis, but I’m going to put the responsibility on you as the individual to make your own decision based on your personal struggle and how you think you can best show reverence for God in a relationship. That is what I would tell others.

I believe this will ultimately bring the most freedom and attentiveness to a couple’s spiritual practices.

At the end of the day, I pray each dating couple connects spiritually on some level because even if they end up marrying someone else, I hope there will be growth from those relationships that had open spiritual components and conversations.

Who/what typically dictates the boundaries you have in your dating relationships? Do you know why they are there?

Do you assume others should have those same boundaries?