Most of you know Sarah and her writing already, but for those of you who don’t—here is a wonderful introduction to her writing style, thoughtful mind, and open heart. I had the honor of meeting her and her hubs a couple years ago and get to serve with her and a group of women to help launch the IF: Gathering next year.

But right now I’m excited to have her share an illumination moment with us. 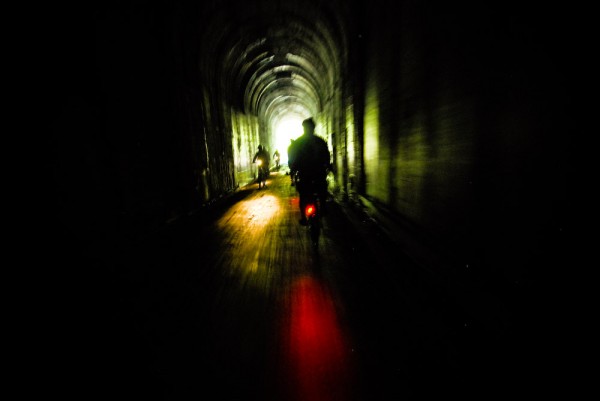 Living Life in a Mercury-Vaporized World

Apparently he was quite the prankster five years before I met him and many of his jokes landed him in the vice principal’s office. One of these particular jokes consisted of him pranking his entire Christian middle school by turning off the gymnasium lights during an assembly.

The mercury-vapor lights that inhabit gymnasiums everywhere take only an instant to be extinguished but take what seems like a lifetime to return to their original brightness. Once the vice principal found the switch to power them back on, the 13 year-olds squealed and laughed in that familiar grey-light twilight. They waited and watched as the full-strength brilliance eventually came back.

I can only imagine what my husband was doing at the time. Undoubtedly he was wreaking havoc somewhere else in the school.

This series is about Illumination. Illumination is when we get a shot of brilliant understanding; an epiphany even. From a mentor. From a parent. From one of our kids. From Jesus. Maybe even from ourselves.

Some periods of my life have been characterized by these intense bulbs of lightening brilliance. There was that one idea that I had. That one thing I said to that one girl that felt like it was coming from Jesus and not me. That one time I spoke and it just flowed. There was that conversation that I had with a mentor a few years ago and it changed the course of my life.

But most of my life has felt like the mercury-vapor gym lights as they turn on. It’s like I’m waiting for inspiration. Or wisdom. I’m watching as a grey twilight becomes full incandescent brightness.

But I really think that so much of life is in the in between.

It’s the making the cup of chai morning after morning and reading the news on the iPad and getting caught up on blogs and this forever in between-ness of it all.  It is the waiting in the Starbucks/carpool/airport line. It is the in between-ness of the what-do-I-do-after college? Marriage? Kids? It is waiting and watching and hoping for that brilliance that is on its way.

And I know that I’ve been sometimes guilty of using the grey-twilight as an excuse to do nothing.

Those times do come and when they do, it feels like every little piece of my life is right and correct and laid out nicely like it should. But sometimes it doesn’t.

Sometimes we need to act and do and jump even when it feels like twilight.

Of course the lights came back on for all of Chad’s classmates. The VP got very angry and eventually (for other reasons we won’t discuss today) kicked him out of that school. And I’m not sure if Chad even remembers if the assembly continued. Doubtful.

We could sit around and wait for that light to come back on. Sure. But we’d waste a lot of time if we did. Plus, most of the best life is lived in the in between.

What do you tell yourself in the “in-between” moments, when the life you’re living now seems so far away from your dreams?

What are the “go-to excuses” that keep you from pursuing your dreams?

Sarah Markley is a full time mother, speaker and writer. She lives in Southern California with her two daughters, Hope (10) and Naomi (6) and her husband, Chad.

Four years into Chad and Sarah’s marriage, life began to fall apart.  She spent nearly three years in a hopeless fight with her husband, herself and God and engaged in an extramarital affair.  She nearly walked away from everything during this time but God had other plans for her family.  She spent the next year in counseling, healing, and brokenness while allowing God to put the pieces of her family and her marriage back together.

She and her husband Chad just celebrated 16 years of marriage.