It is truly an honor to be posting on the Imago Dei Women’s blog.  I have attended for five years now and have been deeply fed and transformed by the community I call my church home. 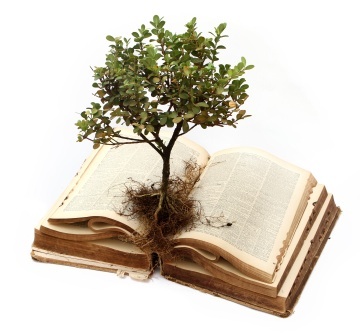 What Do I Know?

I recently attended Imago’s marriage forum—as an unmarried person. Thankfully, there was a big chunk of other singles attending as well. And no, we weren’t there to hit on each other.

Although, I won’t lie; there was a guy in the singles breakout session who I saw near my house as I was walking home. I might have followed him. And he might have noticed, because shortly afterward he turned a corner and disappeared.

There goes that future husband. Literally.

I know I won’t ever “do” marriage perfectly, but how well I do can be fostered by what I choose to learn. During the session that Ben and Heather Thomas led on singleness, Heather shared three traits of people who she believes live well in the tension of being single.

(Clarification: The leaders are unmarried cousins. The only reason they aren’t married is because Heather said “no” when Ben proposed to her at age seven.)

Somehow in my notes, Heather’s three traits became five. I was never good at math or note taking.

Here they are, along with my thoughts:

This was such a good reminder for me to constantly be getting to know who God says He is in Scripture. It seems that when I know who He is, it’s easier to believe who He says I am and cling to that identity, especially if I have somehow given singleness a negative, all-encompassing stigma to my identity.

He certainly doesn’t say or believe that about me.

2) They know themselves well.

Heather added to this, “They know how they medicate.” Whoa. That was convicting. It’s one thing to be introspective and in touch with my feelings, but it’s another thing to realize how I mend those wounds. Knowing means I have a choice. I can either medicate negatively to make the pain go away or I can medicate in a healthy way that may keep the pain around a bit longer, with a bit more rehab, but will produce longer-lasting relief and healing.

3) They know how family and people have shaped them.

Imago does a great job of creating the space for people to talk about their wounds. The next step for me is partnering the pain that awareness can bring with a forgiveness that truly desires freedom. As a single person, I know I long to have a partner there who can help assess how I have been shaped by family and past relationships—but, the reality is, he’s not available to me right now, so I turn to God and my community.

That’s a pretty solid place for me to turn.

4) They know people who will speak into their lives.

This point has been the biggest struggle for me. I can look back on seasons of my life and see how different it was when I didn’t have people around to call me out. People aren’t usually going door-to-door, saying, “Can I be the person in your life who exhorts you?” Inviting people in to call you out isn’t easy, but the effort brings freedom.

Trust me on this one.

5) They know their gifts.

Heather so beautifully added, “They are people who are participating in a life that is breathing the Kingdom.”

If Heather would come wake me every morning and say, “Joy, are you going to participate in breathing the Kingdom today?” I would first say, “Heather, what in the world are you doing in my room, and who let you in?” Then I would stop and think about her words and be inspired to get in tune with what Christ is calling me to do with the gifts He’s given me.

Heather’s phrase forced me to ask myself, Single or married, how am I going to serve today?

These three…errr…five points had a common theme. The word “know.”

I think it’s easy in a Christian culture of people who are “in process” to claim that we can’t know anything. We fear that will breed arrogance. But what I believe Heather is saying with this list is not that she knows a bunch of narcissistic, overly confident singles who rattle off what they know about God, themselves, their wounds, and their callings. Instead, these people are in process, humbly clinging to what they know they can know. The above points are not a knowing that stops with one answer. It’s something that is actively lived.

I know I won’t ever “do” marriage or singleness perfectly, but how well I do can be fostered by what I choose to learn. And what I learned at the forum is that there are some important things for me to know.