As I mentioned in yesterday’s post, I will be featuring people who I have asked to create something around illumination. I hope that through their pieces, you might have light-bulb moments of your own.

Todd is my neighbor and fellow bike rider. In fact, we went on a ride one day, and I asked him to pick the route after saying, “Don’t pick a ride that is going to make my legs too tired. I’m speaking tomorrow and don’t want my legs to be tired or sore.” He then proceeded to take us to the highest point in Portland.

Outside of being an incredible bike-route planner/slave driver, Todd is an artist. I’m kicking off the Illumination Project weekly guest posts with him because he not only did this incredible piece below, but he is the creator of all the cool sketched headers you see on this site.

When we launch the gallery in September, you will be able to find out how to get in touch and purchase his work. 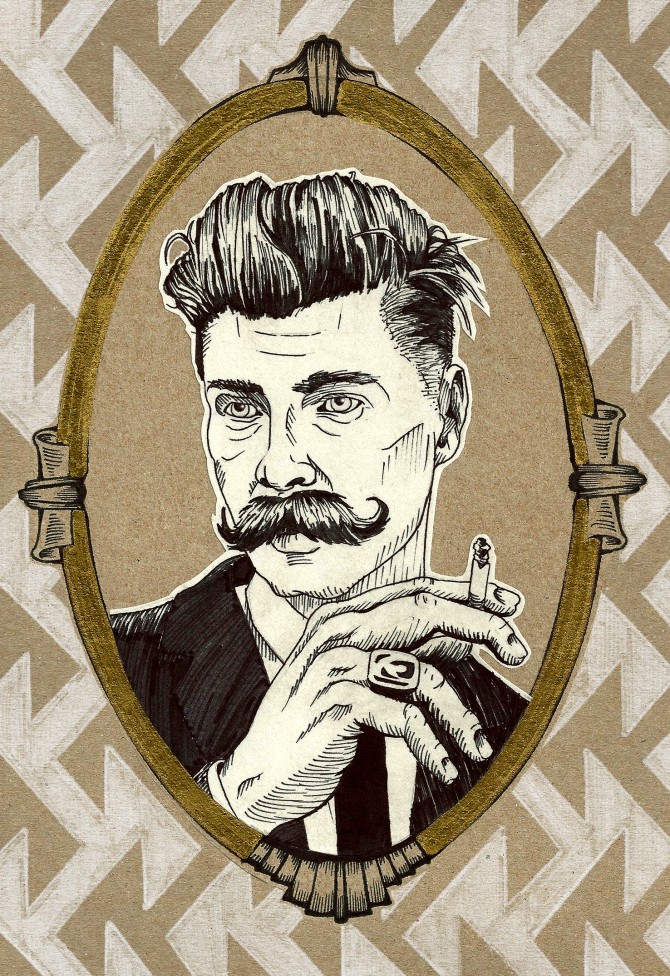 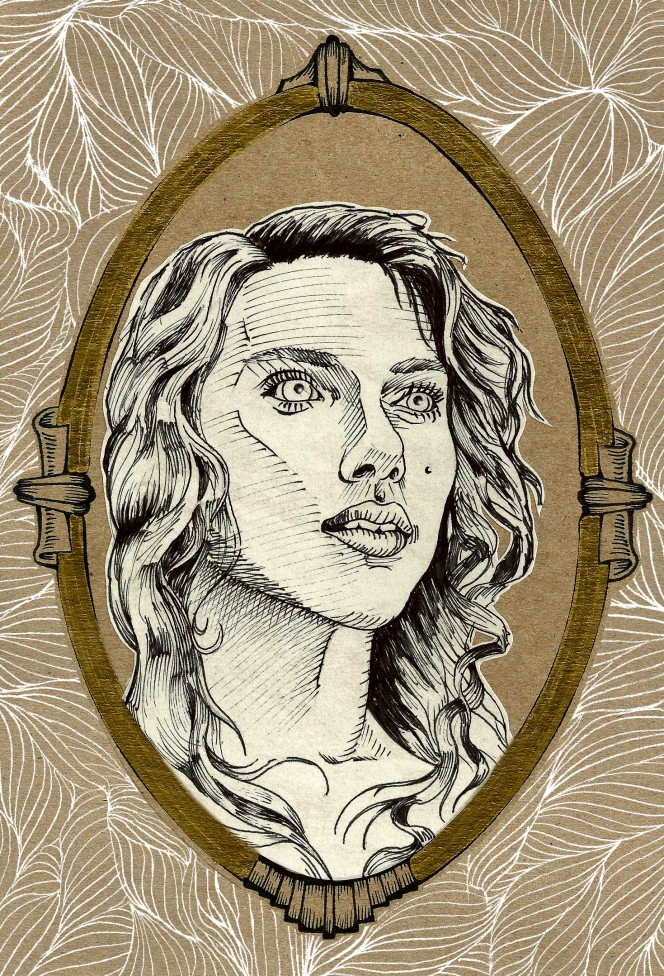 In these two hand drawn pieces Iʼve represented a man and a woman ensconced in a picture frame (or mirror). The subjects are fashionably styled, with a look of both rapture and self-absorption.

The man and woman reside in a systemic pattern, which represents their communication methods and behaviors.

The two ﬁgures are separate from each other, unable to see or communicate with one another; embedded in their artiﬁcial, self-absorbed reality.

I created this piece for The Illumination Project because I wanted to highlight an obstacle we face in our modern era between male and female interaction. The internet reigns as the primary method of communication which…

…exacerbates the already inherent difficulties we face in getting to know one another.

To decode the opposite sex and accurately perceive what is real or imagined is further obscured by social media. Miscommunications and missed connections will persist until we ﬁght to resist the pressures of culture and work to dismantle the digital facade, with honest and direct communion.

Todd Arnold is an artist and teacher living and working in Portland Oregon. Having lived in southern California, Arizona, Oregon and Washington he has experienced a good cross section of life on the west coast. He feels most at home in the Northwest and thrives as an urban adventurer in Southeast Portland.

Todd is a licensed middle level art teacher and works in various capacities to inspire young people, while working to promote and secure the future of the ﬁne arts in the public school system.

Find out more about Todd HERE.