Ask Joy: Is She too Good for Me?

So yeah, there’s this girl I know. She’s amazing, but whenever I think about asking her out, I start to think that she’s too good for me.

So my question for you is, can someone be too good for somebody else? 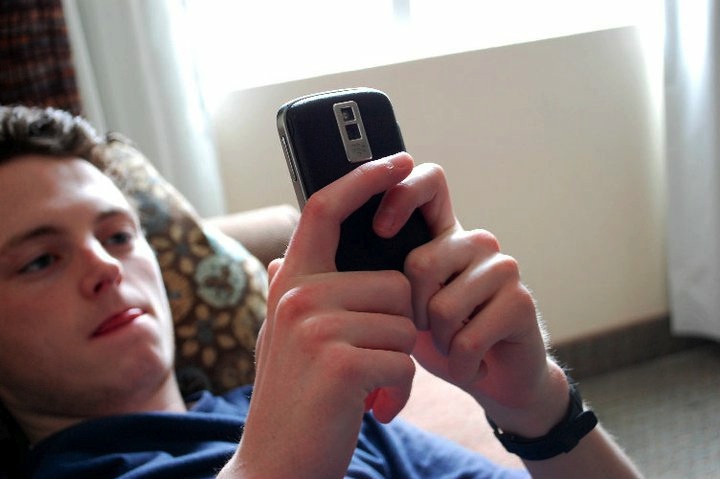 “You’re too good for him/her” is a phrase I hear a lot when someone’s been hurt in a relationship.

And I’ve said it myself. Oops.

It’s true that some of us might say that or even think that, especially when we’ve been hurt by another human being, or want to comfort a friend, but that phrase isn’t really theologically correct. God made and loves us all equally.

I wonder what would happen if we intentionally tried to stop saying this phrase to our friends who have been hurt and instead said something actually constructive?

Ok, I think I’ve gotten off topic from what seems to really be going on here. Back to you.

If you were a womanizer or were holding up banks every weekend for fun, I would probably encourage this girl not to go out with you. Not because she is “too good for you” but…

…because she needs to not be stupid.

But my guess is that you aren’t the type of guy putting unmarked bills in a gym bag while wearing a Ronald Reagan mask. You’re probably feeling like she is “too good for you” because of your insecurities or feelings of shame in certain areas. I would encourage you, especially if she is your friend, to give it a shot and ask her out.

However, don’t live in la-la land. If you think she is this “amazing” girl but the only interactions you’ve had with her are when you’ve followed 50 feet behind her in the grocery store (we’ve all been there), then I would recommend downplaying the creepy part first, getting to know her in a casual setting, and then considering asking her out. You might be surprised when you get to know her that you imagined her to be more amazing than she really is!

But here’s the kicker. If she says no, it will be very easy for you to get an attitude and say, “Oh, well that chick just thinks she’s too good for everybody.”

The reality is, she may actually think that.

But if she is an amazing woman like you say, I doubt that’s her mentality. There could be a myriad of other things going on. Maybe she is interested in someone else. Maybe she isn’t dating right now. Or maybe she is just slightly uncomfortable with you ever since she saw you staring at her from behind the Cocoa Krispies on aisle 4 last week.

Final thought: Give it a shot! But don’t let her answer dictate your self-worth. Only God should do that.

From one fellow grocery-store stalker to another,

What do you think is an example of constructive consoling?
Do you think someone can be ‘too good’ for someone else?