If you combined the articulation and factual knowledge of a news anchor, the sarcasm and one-liners of your old crotchety neighbor, and the sass of a thirteen year old female into one, you would get my friend Anna. And that was just my first impression of her when we met at age 18.  She got up in front of our freshman leadership class and gave a presentation with no trace of nerves, or reserve, for that matter.  I was like, “who is this girl?! I like her.”

Years later she’s still bringing her knowledge and sass to the world and to the web.

Please welcome, my friend Anna, to the Illumination Project. 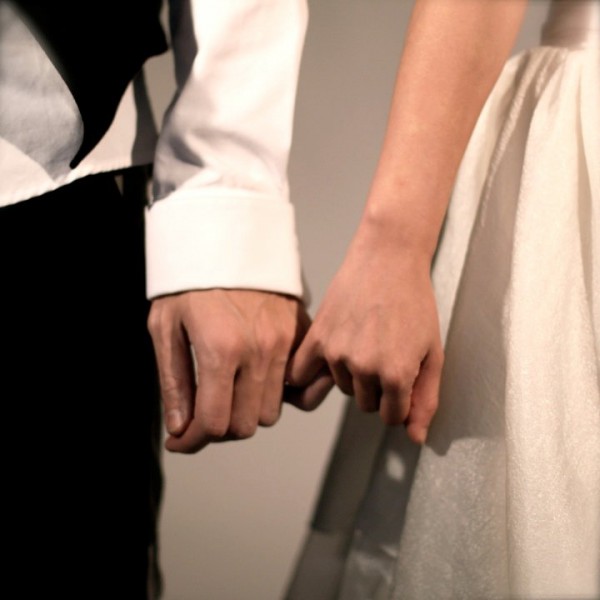 Divorce is a Choice

I come from a long line of happy second marriages.

Most of my relatives are happily married and have been for most of my life, but exactly zero of them are married to their first spouse.  My parents recently celebrated 35 years of wedded bliss, and they also recently celebrated their other anniversary – the one where they married the wrong mates before they met each other (their first weddings actually took place on the exact same day).

The term “starter marriage” isn’t just a funny quip in my family, it’s apparently part of the game.

Let me be clear about this next part: I consider all of these twice married relatives of mine to be loving, intelligent, hard-working people whose legacy I feel fortunate to be a part of.  Growing up, divorce didn’t seem like a big taboo and I certainly wouldn’t have identified it as a “sin” – my family didn’t begin attending church until I was about 8 years old, so the concept of “sin” wasn’t really on my radar until after my understanding of divorce was already framed by my family history. Divorce didn’t seem like an ailment that affected only selfish, uneducated, unloving or unresourceful people;

…it seemed evident to me that divorce could happen to anyone.

When I fell in love with my college sweetheart at the ripe age of 20, he brought a totally different framework to the table.  His conservative Christian family included not only a long line of happy first marriages, but also a long line of happy first marriages that began when the bride and groom were in their early twenties.  Can you see where this is going?  We were young and in love and Christian, so according to his family history we were qualified to get married and we would probably stay married forever.

Obviously none of that made sense to me.  Not only did I have my own family history to prove his theory wrong, I had also by that time come across some statistics about marrying before age 25 being one of the most reliable predictors of divorce.  I didn’t know how to reconcile my feelings: ‘I love this guy and the idea of marrying him is super exciting,’  with my knowledge: ‘Half of marriages end in divorce, most marriage that happen at our age end in divorce, and everyone in my family gets divorced from their first spouse.’

Long story short, he eventually won me over and we were married in 2003 at the ages of 21 and 23, the summer between my junior and senior years of college. I was totally in love, and totally terrified. Our relationship was overflowing with goodness;

…it literally felt like we were playing house most of time.

But at the edge of all that goodness I always felt this looming sense of fear: What if it goes bad?  What if we stop liking each other?  What if our next fight is the fight that changes everything? What if we grow apart?  What if we really are destined for divorce and there’s nothing we can do about it?

It wasn’t until well after our first anniversary that I felt myself relax a bit.  We had some momentum, there were no visible red flags, and it seemed plausible that our marriage could carry on like this forever. As I thought further about the state of our ‘happily married’ status, I searched for an explanation.

If so many people – including people that I love and respect – had fallen victim to divorce, what made us different?

The answer was suddenly simple: I didn’t know why other people got divorced, but I know that one way or the other,

Divorce didn’t just happen to them.  I know that might sound obvious or trite or both, but as a somewhat newly married 22 year old from a long line of divorce, it was revolutionary.  Of course the important part of the revelation was in the implied converse truth,

…that we had the power to choose not to get divorced.

It was a brand new idea that I didn’t have to fear divorce as something that would knock on my door one day, in some form or another, and ruin my marriage.

Now nearly a decade into marriage, I know that the most important lesson is that the choice to not get divorced is really a million little choices that we make every day.  If the end goal is to avoid divorce and stay happily married til death do us part, we have to work towards that goal in the every day ways that I was too dramatic to notice at the beginning.  When we disagree, will I say the thing that makes me feel good in that moment, or will I say something that works towards the goal?  Will I seek attention from others to feel good about myself, or will I hold the attention of my husband in the highest regard?  Will I make showing my love and respect for my husband a priority at all times, or only when I stand to gain something in return?  When he blows it will I truly forgive him, or will I store his shortcomings to use against him later?

We chose each other as 20 year olds.  We chose to get married a few years after that.  And we keep choosing each other, every day.  In that choice lies all the power and all that freedom that we need to keep going, til death do us part.

Have you known a couple who chose to ‘make it work’ despite difficult circumstance?

Do you believe you can break the cycle of divorce in your family?

Side Note: Anna and I are not condoning staying in the face of a harmful situation or saying divorce is unavoidable. This post is meant to give people hope. Let’s not read into what’s being said in light of what is not being said.

Anna Quinlan lives in Sacramento, CA with her husband, Shane, and 1 1/2 year old son, Louie.  She left a career in medical sales to be a stay-at-home mom, and since she’s kept Louie alive for over a year she’d like to call the venture a success. She enjoys cooking and eating (mostly eating), staying fit with circuit training and triathlons, and hanging out with her girlfriends – who are all cooler than she is.  Anna and Shane are in the process of adopting a child through the foster system.

Read Anna’s blog HERE. You can also find her on twitter HERE.