Sharaya is one of those people.

One day I was in Nashville meeting friends for lunch and as I walked in I thought, “I know that waitress! Kind of…“

Which always moves me to a mental jog of Facebook stalking:

Finally there was a mutual, “I know you…” and by the end of that spider-web-six-degrees-of-kevin-bacon-minutes later, we were exchanging phone numbers.

And here we are today, Sharaya sharing a song that when performed, became for her one of those lightbulb moments that Love and Respect Now is all about.

May you be equally introspective as you live and love. 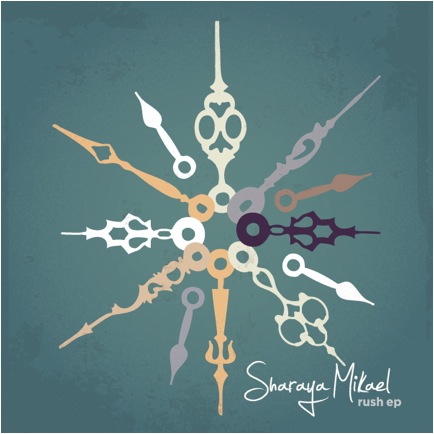 Tell me your story, more than moments stitched in ryme
Pull me in deeper, let me swim inside your mind
Tell me a fable, of the life you live inside
Darling I’m able to sit at your lips a million miles
Sing me your favorite lullabye

Paint me your memories, etched in stained glass time
No detail too boring, sequence of songs you’ve memorized
Of treasure and heroes bound by words you’ve underlined
Your life is a mystery, beneath the surface secrets hide
Sing me your favorite lullabye

Sing me your favorite lullabye

I originally wrote this song thinking it was about getting to know someone on a deeper level. But when I started performing the song, it’s as if a light switched on and I realized that it is really about me wanting to be known in this way. These are the questions I long to be asked. This is the way I want to be sought out.

I think this desire is in all of us, and it fascinates me that there is always more to learn about someone. No matter how long we have known each other, there are always new stories and layers to be told and explored.

In this way, this is my love song, as I imagine what being in love and being truly known looks like.

When do you feel most known in a relationship? And on a more serious note, what was your favorite lullabye growing up?

Sharaya Mikael quit her day job less than a year ago, but the folk-pop songer/songwriter and guitarist has already created a buzz with her freewheeling approach to her career. Her first 5- song Far Field EP was independently released in 2010, and was featured on Portland’s KINK.FM as well as Welcome Hohmes “Best of 2010” list. It sold over 2,000 copies, most of them at gigs on a marathon 50-state promotional tour. “The road trip was more of an experiment to see if I could survive on the road and still love it… after six months straight, I couldn’t imagine my life any other way” she says reminiscing on the not so distant past. In 2011 she made the move to Nashville TN, where she recently released her Rush EP and continues to tour incessantly, maintaining strong followings in Portland, OR and Atlanta, GA. Her pure voice & catchy melodies paired with intelligent lyrics & tranquil instrumentation make for tunes that you won’t mind having stuck in your head, as they surely will be upon a first listen.