Illumination Guest: Diane Comer – Regarding Him

Can that be my intro?

Diane is a woman in my city who I not-so-sub-consciously pretend is my Portland mother.  She and my mom are the same in that they are both perfectly sweet and put together, but have a fiery justice streak that makes you know they would throw down if necessary.  She just smells like a mom and has love in her eyes like a mom.

Which is key because she has thousands of women who see her just like I do.

Her bio is at the end of the post, but for now I will simply tell you that she is warm, genuine, and wise. She loves studying God’s word and has some “motherly” insight for us today. Pray for a humble heart as you hear hers. 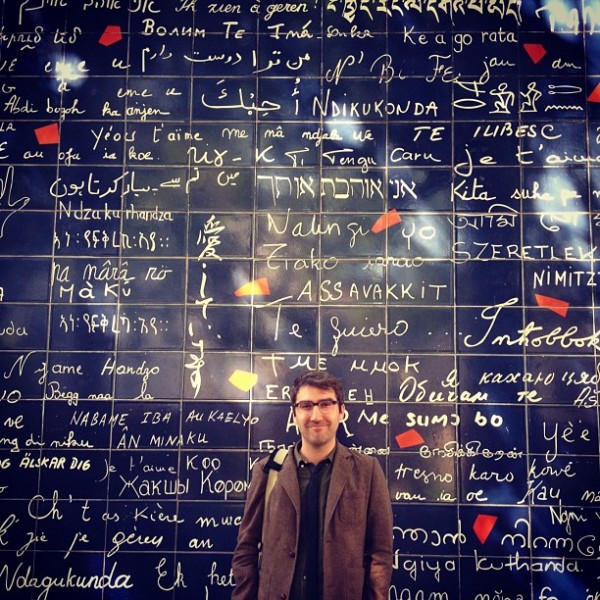 When Phil and I married in 1978 we were determined to do it right. And so we read every book we could get our hands on (well, maybe it was me doing the reading and Phil politely nodding in agreement…) and listened to every teaching that came our way about Christian marriage.

Mostly we learned that Phil was supposed to love me really, really well, and I was meant to submit to his always-loving leadership.

Which translated into me demanding that Phil do unto me what I wanted… and me giving in to him as a last conflict-solving resort.

And woven into seemingly every book and sermon and seminar was one redundant word: communicate.

The key, we were convinced, was to talk.

And so I did. With a vengeance.

Every bump and bruise to my tender feelings, every possible misinterpretation of minor details, every single facet of our new lives together got talked out.

And another thing: Never, ever go to bed angry.

Put those two together and we stayed up way into the night on way too many nights communicating with a capital C.

Not exactly a winning formula for the ideal Christian marriage.

Because Phil was so incredibly convincing I always seemed to come up on the short end of the arguing stick. He just had this way of winning by essentially saying that he-hadn’t-done-what-I’d-said-he’d-done or said-what-I’d-thought-he’d-said and anyway he-hadn’t-meant-to-if-he-had.

After one of those wearying nights of trying to resolve a conflict to the point that neither of us was steaming or seething or generally mad, we brokered an uneasy peace long enough to snatch some sleep.

This time I was going to win.

And so I set out to write my words in male-mindset oriented list form. I thought if I just wrote out the facts in 1-2-3 format then he’d have to hear.

First, I decided, I’d better read my Bible. After all, one of my demands was that Phil show greater compliance to everything we’d heard about spiritual leadership by taking the initiative to have devotions with me every day.

Padding barefoot through our 1950’s tract home, I searched for where I’d plopped my Bible in the midst of our coming-home-from-church argument. Since I couldn’t seem to find it anywhere, I grabbed my Amplified Bible off the bookshelf and settled in with my coffee to see what God had to say.

And that’s when the greatest “Ah-ha” moment of our marriage hit me right between the eyes.

Because by some strange chance or coincidence… or maybe it was God (?)…my Bible literally fell open to Ephesians chapter five, verse 33…

“However, let each man of you (without exception) love his wife as [being in a sense] his very own self;

I loved that part! But the verse seemed to stretch on and on…

that she notices him, regards him, honors him, prefers him, venerates and esteems him; and that she defers to him, praises him, and loves and admires him exceedingly.”

Geez Louise, you’ve got to be kidding me! Revers? Venerates? My petty list began to look… petty.

Needless to say, that list got torn up, thrown away, and never mentioned. And this newly humbled woman learned a couple of lessons I will never forget:

Sometimes communication has as much to do with what you don’t say as what you do.

My job is not to fix every glitch and pursue every possible hurt feeling— but to pour uncanny amounts of honor all over my husband regardless of how I happen to be feeling at any given moment.

Thirty-three years later I still don’t have it down pat. We still argue, though not nearly as much as we did that first year. I’m not even sure its possible for two strong-minded people like Phil and me not to butt heads from time to time.

But it’s different now.  I’m different now.  Because God’s living and active and soul-searing words have penetrated deep down where it counts and changed the way I talk… and argue.

Have you ever experienced positive “communication” through NOT saying anything?

p.s. Portland ladies, are you free on Saturday to come visit Diane’s group of women? I will be there speaking!

p.p.s. Diane is the one who always wrote the phrase, “from my heart.” She gave me permission to steal.

Diane is a woman learning to listen to God, craving that connection with the Father that comes only through hearing what He has to say. She is also a mom, with two daughters and two sons, all grown, and an extra daughter and two more sons who joined their lives with theirs, and five fabulous grandchildren. Her husband is a pastor, a leader of men and teacher of the Word. She was 26 when she found out she was losing her hearing. Diane fought God ferociously for what I thought was her right to hear. And when finally she exhausted herself with all her whining and worrying and raging and demanding, God stepped in with elaborate grace. She tells her story on her blog with the wildest hope that you will listen and hear and come to crave that same intimate connection with the Father I have sought. Her passionate longing is that as you read these words you will learn to know His voice and that you will crave hearing what He has to say just to you.