Last week, we started talking about the word “hierarchy.” Let’s face it, the word just sounds big and domineering, not to mention I feel like I’m dislocating my jaw when I say it out loud.

But before we completely write it off, let’s remember where we left off in Part 1: most men, I’ve discovered, have an innate sense of responsibility when it comes to protecting women. And women, instead of getting offended or discouraged, could benefit from adapting to an attitude of gratitude toward the intentions of these good men. 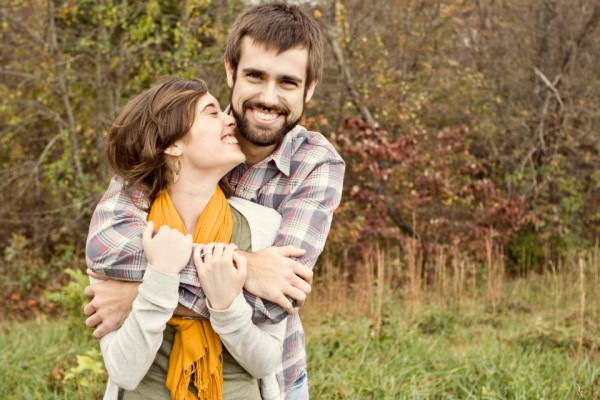 Recently I was with a friend in Atlanta, and she was trying to convince me that her neighborhood was safer than other pockets of the city. “There’s only been one murder at my apartment complex,” she said.

“It’s really quite sad,” she said. “A boyfriend and girlfriend were coming home to the complex, and a gang saw the female and decided they were going to rape her. When the couple got to the complex and were headed up to the apartment, the gang came after them at gunpoint. The boyfriend shoved her away and told her to run, and in his effort to stop them and help her get away, he was shot and killed.”

There are too many stories like this to discount something that seems to be inherent in most men’s minds. Whether this trait is self-imposed or God-designed, I see it turned on when a man is with a woman. Though she isn’t without desire, I simply hear far too many women saying how much they love feeling “safe” with a man (and I don’t often hear that from men) that I believe…

…this is a way that we can simply say, “Thank you, good men, for your desire to make us feel safe.”

Maybe so, and you are free to believe what you want, but I want to say one final time that I don’t think this has any bearing on the strength of a woman. Rather, sometimes I think it takes more strength for us to acknowledge the man’s desire simply to protect.

One story my dad tells is about Bill and Hillary Clinton when they were doing an interview together. Something in the studio exploded, sounding like a shot-gun, and Hillary Clinton, one of the strongest female figures of the 21st century in the United States, jumped into the arms of Bill, who was equally reactive in throwing his arms around her.

I may not be Hillary-Clinton strong, but I know I am capable in my singleness to be on guard and have my own back. But boy oh boy does it make me excited to know that if I find a good man who is living within God’s design, he will (without tooting his own horn) love me like my friends’ husbands love them. I hope he will never have to take such a visible action as throwing himself in front of a gunman, but that his desire to protect is there. And I hope my little friend Bear will also grow up and feel a responsibility toward his girlfriend someday. He probably won’t voice this feeling or even recognize it as something unique, but he will understand with a nod when one of his friends says, “Every time my wife travels with me to Africa, it makes me a totally different person.”

My new awareness that little Bear and my future husband have this expectation of each other creates a gratitude in me that I think many women neglect to voice. Not because they aren’t grateful, but out of a lack of understanding that this protective awareness is one way that men love.

I want to say thank you to the men who love well in this way.

“Greater love has no one than this, that one lay down his life for his friends.” ~John 15:13

From my grateful heart,

How can you show gratitude to the good men in your life?