This word immediately makes me envision a hairy man seated on a throne wearing red fur and a pinky ring. I also hear him saying in the voice of Brian Regan, “Bring me the head of a pig and a goblet of something cool and refreshing!”

So as you can imagine, when I saw that my father had a chapter in his book Love and Respect titled “Hierarchy,” I almost wet my pants.

This is the kind of thing I was convinced would cause my generation to throw this book out the window and chalk my dad up to a male chauvinist, patriarchal, backcountry hick.

But then I read the chapter. 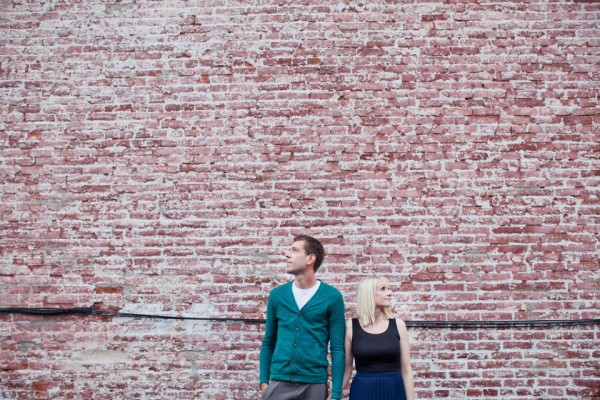 Recently, there were two back-to-back situations that reminded me of what I believe to be God’s design and strength in many men. And while all strengths and gifts can be twisted, abused, and perverted, I want to use these two posts not to focus on the men who don’t take care of the gifts and responsibilities given to them, but rather to affirm and thank the men who strive to live them out honorably.

The good men don’t generally ask to be thanked.

All of you, I assume, heard about the shooting in Aurora, Colorado, at the movie theater. But what some of you may not have heard was that four men died in a split-second reaction to protect and save the lives of their girlfriends.

A number of years ago, I was taking a summer-school class up at Regent College in British Columbia. While there, I met with one of my male professors who had written a book on why he became a feminist. By many definitions I consider myself one, too, but I was surprised by his critical response toward people like my father who say, “If someone tried to murder your family, who would step up to the plate?” My professor (whom I enjoyed greatly) said with a laugh, “I think that is such a ridiculous statement. My wife would die for me just as much as I would die for her.”

I don’t doubt that. As a woman, I would volunteer to die for my family members, too. (Momma Bear will rip your face off!)

I don’t think this is about women’s lack of desire or willingness to lay down our lives for loved ones, but the difference I see is in the level of awareness men have toward their wives or girlfriends. Often, it seems to be more heightened than that of the wife or girlfriend toward the man.

Next time you are out and about, watch couples that are crossing a busy intersection.

A while ago, I was at the second-birthday party of one of my favorite little boys, Bear. The party was held at an elementary school, and I was kicking a soccer ball around with a few of my guy friends. Two of them are married, and, oddly enough, both men travel to Africa often for their lines of work.

I was asking one of them whether he was excited for his next trip, and he said, “Yes, I am. It’s going to be great to have Melissa with me, but it always makes it a whole different kind of trip.”

Based on what I now know about men, I knew what he was implying, and so did the other men, but I pushed for more and said, “How so?”

“Oh, you know, I just become way more on guard and protective when she is with me. It’s just way more stressful to have her there because I want to make sure she is safe.”

My other friend (who, by the way, is vocal about his egalitarian marriage) piped up: “Yeah, I totally know what you mean. Every time my wife comes with me to Africa, I turn into a totally different person.”

Let me insert something here:

I know both of their wives. They are strong, independent women who have traveled alone, can fend for themselves, and are capable of taking on any unsafe situation. I will also add this: their husbands treat them that way. They see their wives as strong, successful, driven women. I can guarantee that these attributes are what drew them to their wives.

I get discouraged when women have a mentality that we have to somehow act less strong than God designed us to be to find a man. At the same time, I think others of us, in our fears of being perceived as weak, overcompensate. We try to act so strong that we disregard what I now believe is a God-given protective gene in good men that will cause them to be in a constant state of alert when they are in what they believe to be a position of responsibility.

P.S. Right after the Aurora shooting, my father made a video on this topic. Check it out HERE.

Men, are you “a totally different person” when you are with women in possibly unsafe situations?

Women, if my assessment of men is true, how does it make you feel?