When I was in college, my parents sold my childhood home (and all of my childhood dreams) when they moved to Grand Rapids, Michigan.  Though it’s only an hour away from where I grew up, the news still threw me for a loop.

I remember driving back to see the old house during the first Christmas I was home and trying to get into the house…my house.  I didn’t think the new owners had moved in yet so I thought it wouldn’t be a big deal. Come to find out, according to my mother, that’s what some people call “breaking and entering” and “illegal.”  As I stood there surveying the remains of my distant past, my childhood, feral cat – Whisper – came out of the woods, walked in between my legs and looked at me as if to say,

Whisper and I finally made peace with the fact that my parents had moved. I even started praying that my dad would meet some quality guys in Grand Rapids who, in the midst of all my parents’ traveling, he could call friends.

Jeff Manion was the answer to that prayer.

He is the pastor of a church in Grand Rapids and, because of his friendship with my father, I have had the privilege of meeting him, biking with him and his wife, hearing him speak, and reading his writing. His book, The Land Between, talks about seasons of transitions, something my cat Whisper and I know all about.

Divorced or not, Jeff’s story will leave you thinking.

Thank you, Jeff, for being my dad’s friend and for sharing your lightbulb moment with us… 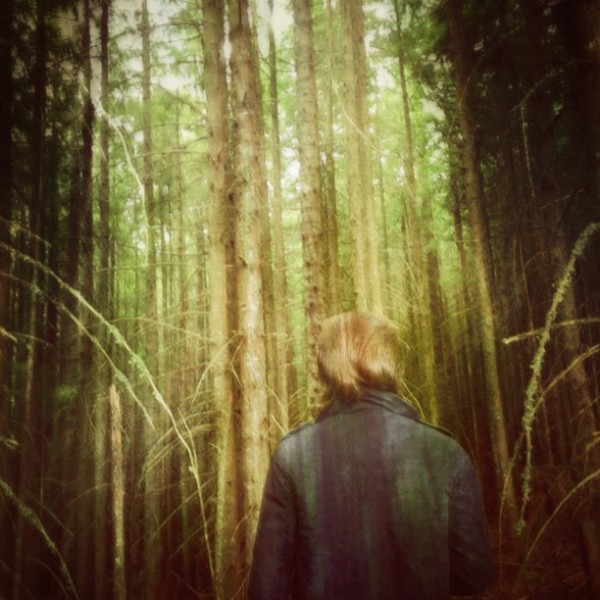 A Greenhouse for Growth

When deeply hurt by someone, your future is in jeopardy. When we feel abandoned, betrayed, or deserted, the heart can drift into a grove of lasting bitterness, or a lingering resentment that can poison our other relationships. We also have the opportunity for the grace of God to meet us in the damaged place – transforming us into people who are tender, gracious, and approachable.

I have long been convinced that it is not simply the events of life that shape us but our response to those events. For me there was a lightbulb moment when this truth crystallized.

We agreed to meet at 10:00 p.m. at Denny’s, where we figured we could find a quiet corner for an intensely personal conversation. When I arrived, Tony had already secured a booth and was cradling a mug of coffee. His wife—soon to be ex-wife—had moved out, announced that she had no interest in counseling or reconciliation, and left the state to join the man who had stolen her heart. It seemed that the only remaining conversation was who was going to get what.

Tony quickly realized that with only one income, he could no longer make the mortgage payment on their—his—home and would soon be looking for an apartment. He spoke bitterly of the prospects of selling the house in a down market, projecting the beating he would take on the sale. He was certain that he would realize no equity after all those years of making payments. Foremost in the ongoing conflict was who would end up with the newer car and who would have to drive the beater. But the quibbling extended to the appliances—not only who would take possession of the washer and dryer, but trivial stuff such as the toaster and the blender.

It was tragic to me that Tony was losing his wife, and here we were in a Denny’s talking about losing the toaster. As he spoke about the division of the household items, his energy level began to elevate and the intensity picked up. Customers at nearby tables began to look over nervously as his voice got louder. I could feel his deep disappointment transition into a fuming anger, which in part I found excusable, understandable.

But as he vented, I could sense something inside him turning a deep shade of bitter.

As I sat opposite Tony in the booth, I had a light bulb moment. I realized that in fifteen years, neither of them would be driving either car. Both vehicles would be on a scrap heap somewhere. The washer and dryer would be history. The toaster would be long gone, experiencing a much shorter life span. But the decisions of the heart made in this troubled space could affect Tony’s life fifteen years later.

Certainly he would need to walk through stages of emotion, stages of grief, as he worked to process the betrayal, heartache, and loss. But I realized as we sat together in the late hours in the half-empty restaurant that Tony was in the process of deciding who he was becoming.

I was shaken by the reality that his response to the divorce could end up having a greater effect on his life than the divorce itself.

This is so significant when we pass through seasons of extreme disruption, what I have come to call The Land Between. It is critical to recognize that not simply the hardship, but also our reaction to the hardship, is forming us. With each major disappointment we experience, our responses both reveal the person we are and set the trajectory for the person we are becoming. Whether we age with grace and poise or become bitter, resentful people is largely determined by our response to disappointment.

These deeply troubling seasons can be a greenhouse for transformational growth. It is also the desert where faith goes to die. We decide. Our response to deep disappointment may end up being more defining than the pain itself.

How have your reactions to hardship shaped your life?

Do you believe troubling seasons can be “a greenhouse for growth”?

Jeff Manion is Senior Teaching Pastor of Ada Bible Church in Grand Rapids, Michigan, where he has served for more than 25 years.  Jeff is the author of The Land Between, and he and his wife, Chris, have three adult children.