Jeff is a guy I go to when I have an idea. I respect his faaaaar-from-sugar-coated feedback—so much so that, if he told me my next project needed a baby elephant involved, I would probably get on the phone with the zoo, stat.

Recently, Jeff and his equally-just-as-wise wife, Andre, did a number of social experiments asking the question, “What is enough?” I love them both and love his newest book.

This snippet will give you a glimpse into Jeff’s innovative mind and give you an idea for how to loot your friends when you get engaged. Oh, and I believe this book will get into your mind, giving you a lightbulb moment about the way our world should work. 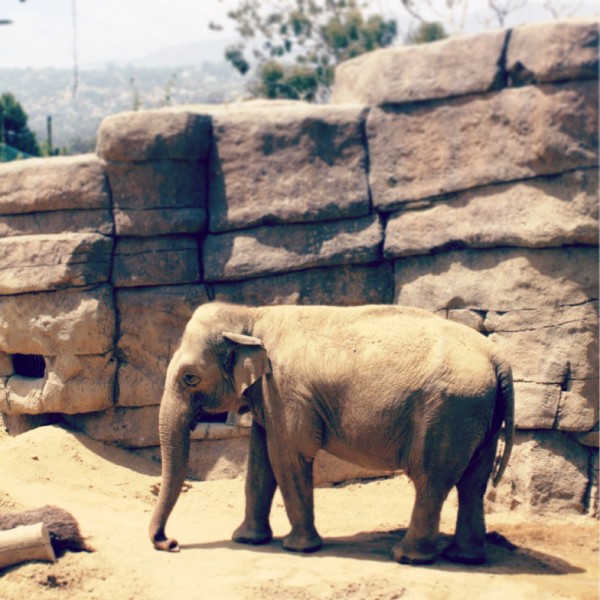 When Andre and I got engaged and started preparing for marriage, our community was extremely excited and encouraging. For some reason, all our married friends wanted to get together and have a meal with us.

We soon understood that what they really wanted was to sit us down and give marriage advice.

Coming straight out of college, a good meal and some valuable advice was a great engagement gift! But with all these wonderful opportunities for connection and advice, the extremely practical (and maybe opportunistic) part of me wondered what else we might gain from these great connections. I know that sounds like a very selfish statement, and it is. We had a dilemma: in just a couple of months we would be moving from our college dorm rooms to an apartment in Chicago, and we had nothing to move.

We owned no furniture. So I came up with an idea to solve this problem.

Here’s my theory: I believe all Americans with homes have a piece of furniture that they hate; all they need is for someone to take it away, and they will freely offer it up. My theory goes a step further: I believe that the family will cheer you on as you carry it away, as if a battle has finally been won among them and that ugly end table. They are dying for someone to take it off their hands.  Every family has something in their home that they do not want, but for some reason it’s still sitting in the living room or taking up space in the basement.

Is my theory correct?

The beginnings of this theory started in high school. Once, we played this neighborhood scavenger hunt game with some friends—perhaps you’ve heard of it? Each team starts with a tooth-pick and a time frame for how long the game will last—usually about two hours. We went door to door through our neighborhood, hoping complete strangers would actually open the door. Then we asked them if they would like to make a “trade up.” Would they give us something in their home for something that was in our hands? The winner at the end of the game is the person with the biggest and best thing. It’s all, as they say, in “the power of the ask,” which also happens to be one of my favorite phrases.

The worst someone could do was say no.

We asked them, “What would you trade us for a toothpick?” And it surprised us all how quickly the game progressed toward much larger items.

Years later, I heard this game played over the radio in Atlanta when the morning team of The Bert Show on Q100 played it with hundreds and thousands of morning listeners. They called the game “Tradio.” They wanted to see if they could get a physical house by the end of the game. People would call in and trade up accordingly. By the time I had signed off, they had acquired both a hot tub and a horse.

Once again, it seems that most of us have much more stuff than we actually use, need, or want. We seem to always be looking for a way to “trade up” from what we have, to get something better.

So back to our engagement—Andre and I would go to dinner after dinner, and at the end of the conversation our friends and mentors would ask us, “Is there anything that we can do for you? Just let us know.” Most people wouldn’t dream of actually asking for something, given the reality that dinner was already a gift—but not me. Remember my favorite phrase, “the power of the ask”? I would look at Andre, and she would glare at me, full of dread, and roll her eyes.

As you can imagine, Andre’s face would go beet red, and she would start to sink farther down into her seat.

Though it was embarrassing, my theory worked. By the time we moved into our apartment, we had two couches, three side tables, a brand-new queen bed with the head and foot boards, a washer and dryer, a couple of lamps, and a bookshelf.

I think I was told no only once.

And for the record, we still have that bookshelf in our living room and sleep in our free bed.

2. Match something simple you have in your possession with a need of a friend. No strings attached. Just let it go. Give it away. Be generous. Give something larger than usual. Get a taste of what it feels like to give out of your excess this week.

Thanks to Cook Publishers, we’re giving away 10 free copies of Jeff’s amazing book, More or Less. Leave a comment and we’ll contact you if your name is drawn!

Jeff Shinabarger is the author of ‘More or Less: Choosing a Lifestyle of Excessive Generosity, from David C Cook. He is a social entrepreneur, experience designer, cofounder of the Q event, and creative director at Catalyst. He is also the founder of Plywood People, an innovative community addressing social needs through creative services. He’s been featured in national media such as CNN, NPR, and Relevant Magazine and has been interviewed by the Atlanta Journal-Constitution and the Chicago Sun-Times, among others. He and his family live in East Atlanta Village.