I’ve heard spoken word described as poetry that must be performed.

And you will see, as I saw, there is a reason why. The below video is from the first time I heard Propaganda perform. His words and the theme of Catalyst were something that have stuck with me for a while now.

Recently, I hung out with someone who left their phone in the car the whole day. I noticed. And it changed the tone of our time together. If you’re married, or not married, Propaganda’s words should make an impact on you.

I’m honored to have him as a guest on my site and for him to share the “lightbulb moment” behind writing this piece. 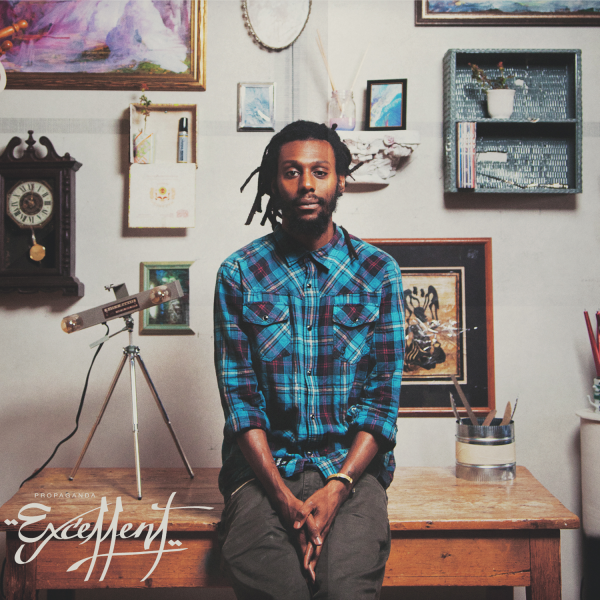 So as the story goes, my wife and I had just got married. And by just, I mean we still lived in different apartments because our leases weren’t up yet. I had very little experiment with putting another persons needs over my own, my wife, being a single mom had a little more than me, however her daughter was 3 at the time so it wasn’t exactly the same.

My wife flew up to Portland, were I was currently living to hang out with me. That night she had a dream that when she woke up another lady was in the house with us. For some strange reason she freaked out at this thought. When she asked WHOS THAT? I responded that’s my black wife and I don’t understand what the problem is.

It’s important to note at this particular point in the story that this is her dream version of me and I would never do anything like this.

When she finally woke up from this dream, She was mysteriously upset with me since I didn’t know what went on in her head I had no idea why she was so angry. She proceeded to tell me about the dream and we both got a good giggle out it.

Later on that day, we decided to explore the city. As I was looking at my phone to figure out where we were going, I did not realize that she was attempting to communicate with me. Apparently I was responding to her with “yes”, “uhuh”, and “okay” as she was talking.

She noticed I really wasn’t paying attention, quickly remembered her dream, and referred to my phone as the black wife from her dream.

We both got another good laugh, but mine was a little more of a nervous laugh as I realized that this may be a sign of what my future struggle is going to be in our marriage.

Out of that came the poem: “Be Present.”  I wish I could say this was a once needed lesson that I don’t still struggle with, but unfortunately that’s not the case.

Do you struggle with “being present”? How has it affected your relationships?

[MC, Rapper, Poet, Speaker]. Dynamic, soulful, experimental, and clever, all focused on the heart of a person.  With an uncompromising message intertwined with hot rhythms and beats, Los Angeles based, Propaganda lyrically puts together potent & prophetic music that reaches across the spectrum our culture.