I’ve got a bit of a situation—I’ve gone out on several dates with someone, but I’m essentially just not attracted to them for a few reasons. How do I tell them nicely? Especially when they are so into me? Do people want to hear the truth? I am not sure I know how to let this person down gracefully AND to the point that they understand it is a no-go. 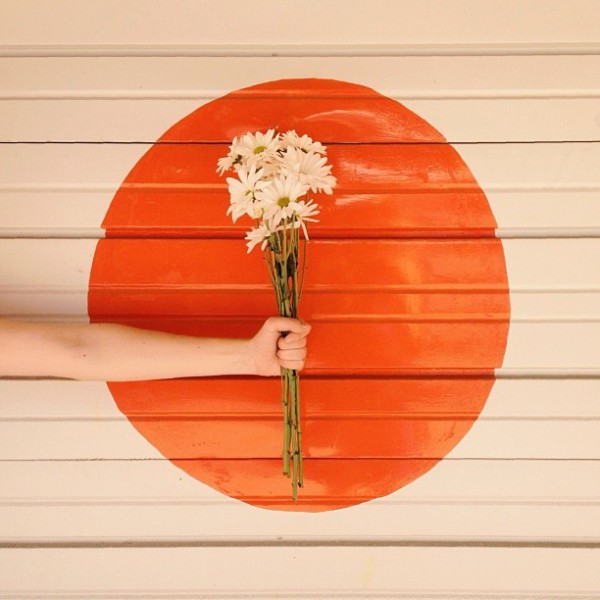 Here’s what you should do Beth…

Usually, an announcement on any one of your social media outlets with a brief message of their character flaws and your repulsion at the idea of having children with them someday will do the trick.

Don’t forget to tag them.

But truly, this is an awkward and uncomfortable situation—no one wants to hurt anyone (well, most of us). While I think each person is unique, I can give a shot at telling you some of the characteristics I’ve seen, heard, and personally experienced when it comes to ending things with someone. Hopefully that will give you perspective and insight to know how to best address this guy.

Generally, the person being let down is going to be looking for a bit of the “why” behind your decision. Complete silence can make anyone go batty. When we are rejected with no information we often go to questions like “What did I do?!? What’s wrong with me?!” or on the defensive, self-protective route of “What’s wrong with them!? He’s an idiot.”

Some people (and often times many men) tend to want to save face at any cost—they will shut down if they aren’t getting the information they want.  Or if they feel inadequate as a communicator to express what they want to know, they’ll also shut down and most likely label you in their head to make sense of the rejection they feel.

On the other hand, when rejected without an explanation, some of us go to the other extreme—we finally hit a boiling point, pull the trigger, and confront to find out what happened.  Even if the answer isn’t what we wanted, confrontation is like a little shot of heroine to find momentary relief through connection—even if it’s heated or it hurts.

Both of these reactions are extremes.

Personally, I know it’s driven me crazy when guys I felt connected with simply left and went silent. I used to label them and try to psychoanalyze their issues to make sense of my own. And while it didn’t seem fair to me to not have information, I’ve realized that most of those guys were good dudes who were probably just trying to protect me by not blatantly having to say:

I DON’T WANT TO DATE YOU. YOU REPULSE ME.

Now, ladies, if you are like me and want to know exactly why someone got over you, then it’s easy to assume he might want to know the same when he’s the one who is being rejected. But I would recommend not assuming too quickly that he would want what you want, because sometimes people we are with don’t operate the same way we do.

He may indeed be a dude that desperately wants to save face. So before dumping all of the “why I’m just not that into you” info, maybe test the waters first…

1. If it’s been a casual dating scenario, first decline hanging out with him a couple times and see if he gives up. To me, that would be a guy who wants to save face and will take your silence and unresponsiveness as a clue.

2. If he persists and wants to know why you are not being responsive, then the actual conversation will depend on the personality of the person you are letting down and how long you’ve dated them. Pray for wisdom on the varying degree of how “truthful” to be. You don’t need to tell them that the sight of their face makes you want to hide in a corner with your childhood blankie. And though a few reasons why you aren’t feeling like moving forward might be tough to say, it will give them information that will hurt at first but eventually help them make sense of things and respect you for being honest. So don’t lie!!

3. Like I said, in an effort to be truthful, don’t go overboard. Imagine someone breaking up with your future spouse at the same time. You would want them to say helpful feedback without destroying their self image and leaving you with pieces to pick up. So keep that in mind and leave this person feeling valued without being patronizing. The balance is being kind without making him think you want him to come back to “fight” for you. (Unless that’s really what you want, and if it is, then that’s game playing and manipulation.)

So, these are my suggestions, but you’ll have to feel out how you think they would respond based on assessing their personality.

For fun, I made up a mock scenario of what I might do. (Although it’s usually the other way around for me.)

I’ve enjoyed our time getting to know each other —and I feel honored that you would take a chance on getting to know me. But right now I feel like I’m more comfortable just being friends. Just wanted to let you know that’s where I’m at at this point.” [And then insert some inside joke or humor to keep it light and friendly.]

Then, if he asks for more information, you could say…

“Hey Rick, (assuming he hasn’t had a name change)

I really am grateful that you would think highly enough of me to want to get to know me. I wish more people would date and take chances. I felt honored and cared for as we got to know each other, but I don’t feel like romantically we are a match because ________. Thanks for understanding.”

I believe if he’s a good dude, he will be bummed, but will ultimately appreciate your  brief explanation without telling him his breath smells like feet. Now, if he’s relentless, you might need to say,

“Richard, (having checked his birth certificate)

I know it’s romantic when a guy fights for a girl. I am humbled that you think I’m worth fighting for, but I would just ask that you respect my need for space at this time. Thank you so much for being a man who will honor that request!”

If he doesn’t stop after that, get a restraining order.

p.s. For the married folks:

Once of you’ve gotten beyond the awkwardness of break ups and miscommunication and have actually figured out your spouses communication style it becomes a cake walk, right??

One of the main points in the Love and Respect message that has been eye-opening for many women is learning about how and why their husbands tend to stonewall (similar to the “saving face” characteristic I shared above) more in marriage.  The University of Washington did a longitudinal study revealing that 85% of those who stonewall and withdrawal in a marriage are the men.

p.s.s. For you women who stonewall:

I wrote a post for you that talks about the way you respond to conflict.