Real Love: How Do You Know?— Emily Jamieson: Illumination Guest

Are any of you going through The Illumination Project right now? My hope is that it will create friendships that allow people to share their own stories and illumination moments. In session two, I share the story of how I did not end up getting marred…

Today, I wanted to share a story of someone who did get married. Emily’s story is a clear progression of the different ways we can hear from God, seek and listen to wise counsel and make decisions—even when our feelings are unclear.

Thank you, Emily, for sharing your journey of confusion, clarity, hard work and the joy of the journey!

(P.S. The part about my father in this story? It’s true. I have seen him drop hours of his time for people he barely knows. In this story, it’s the girlfriend of my brother’s friend from college. I hope that’s not too much of a story spoiler—keep reading!) 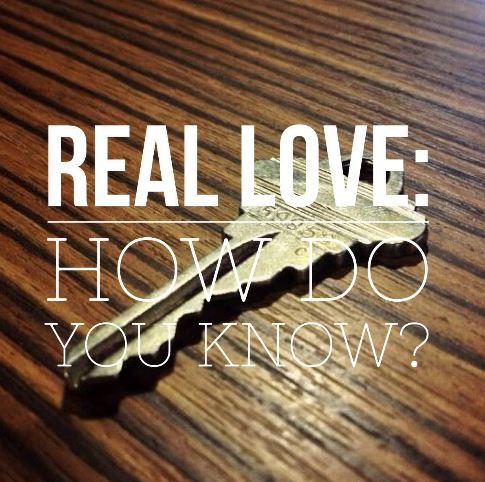 Real Love: How Do You Know?

Once upon a time, I was a sophomore in college, wrecked by a string of boyfriends who were clearly not my husband and went through a brief venture in plagiarism that got me suspended from an Ivy League school. In the midst of coming to grips with the depth of my own failure and the fact that God still adored me and had good things in store for me, I naively prayed a prayer that I’m sure many other women have spoken, “Lord, let the next man I date be the man that I marry.”

And quickly added the caveat, “Of course, if that is not your will for me, that’s fine!”

Oh, but the words were already spoken. God heard the tentative desire of my heart, and in my case, answered my prayer—but I almost got in the way.

After a handful of dinners and sorority dances that never evolved, I graduated and moved back to the west coast for my first job. It had been three and a half years of singleness since that prayer was spoken when my new roommate said she wanted to set me up on a blind date. I initially said “no” and that I was not interested. I had my first job, a great church, wonderful friends, cute apartment, and on and on. I didn’t want a boy to mess that up.

(What I didn’t acknowledge is that I was scared.)

“Somehow” (thank you, sneaky roommate) the boy got my phone number and gave me a call. We talked for five minutes on the phone, as I drove from work talking too fast, narrating everything I saw happening around me. Inwardly reluctant, but outwardly excited, I agreed to a walk and dessert that Friday night.

(Months later, he told me he needed a nap after that first five-minute, high-speed conversation.)

The night he picked me up, I was journaling alone in my apartment, praying and processing what was to come—asking the Lord for peace and discernment, and feeling a flutter of something…

I stood up, my heart racing suddenly and through my skull, skimming across my brain were the words: “You’re about to meet the man.” I dropped my pen, dead in my tracks, and began arguing with myself, “Emily, this is crazy! YOU are crazy. What a ridiculous thought. Seriously? No. What are you thinking!?”

Feeling a little schizophrenic, I headed toward the door, trying desperately to shoo the words that had just derailed me.

I opened the door to meet a 6’4″ slender man named Marshall. He had dark hair, kind brown eyes and a tall forehead. Even though we never touched that first night, we did begin a conversation that has never ceased.

That first walk around Green Lake set a story in motion of two lives mingling into one.

We talked of God, friendship and living Acts 2 sort of lives. He had lived in intentional community post-college in Boston—a one bank account, sharing everything, no TV, meeting daily sort of community. I had never heard of anything like it and as we talked more, I felt everything in me downshift.

I felt calm and had a peace that was like nothing I had ever known with another. The next day, we spent hours together talking and laughing about wholeheartedly inviting one another into a deep friendship. He brushed by me in the kitchen, and we both remember the exhilaration of that first touch.

WHAT IF MY FEELINGS WERE WRONG?

Ten months later, we had begun to speak of marriage, and something in me turned to chaos. I had always been told, “You’ll know when you know.” I DIDN’T know, and in effect, was a wreck. The reality is that those words are the WORST advice of all time, because until you do know, you don’t!

How would I know if I DID know? What was I waiting for? How would that grand “YES” come? Lightning? My only surety was the peace I once knew had fled.

So I broke up with him—out of nowhere.

Over our favorite Chinese takeout and flowers he had surprised me with because he had sensed I had a “bad day.” His sense was right, just not about the “I’m going to break your heart” part.

He couldn’t understand. How could he have such a clear “YES! You’re the woman I want to spend the rest of my life with,” and I have such turmoil? He said a line that night that I think is movie-worthy, “I will not fight with you, but I will fight for you.”

For two weeks I pondered, prayed, and consulted those much wiser than I and learned much of what real love was. While I thought I was searching for a “yes” or “no” answer with regard to “the one,” I learned the root of my questioning was much deeper. A week in, Marshall called to respectfully say that he knew I had a lot of questions he could not answer, but had someone that might be able to help me process. He told me the father of his college buddy, Emerson Eggerichs, was expecting my call. (What!? The marriage-book-author-guy I had just heard on the radio?!?)

I was tentative, but willing. I will disclose that it was the most formative conversation I have ever had about love. The kind of love God had in mind when he authored marriage to be, at its best, a dim reflection of His relationship with us.

Emerson had already spoken with Marshall and had a sense of the situation. He asked me about the state of my heart, then he launched into a litany of questions about Marshall.

What did I think of his character, his life, how he handles conflict, how he relates to Jesus, how he leads, what kind of husband/father he might be, whether any other guys were competing for my attention, how my family and friends interacted with him, etc…

After all those questions were talked through, there was a pause. He then incredulously and honestly inquired, “So, what is your issue?”

I discovered that the character of this man I was considering was not in question. In fact, he was more consistent, more virtuous, more faithful than I could have ever asked for. So the real question revealed in my heart was, “What is love, really?”

It became clear for me to marry this man—to love him with all that I knew, for as long as I lived—it was not going to be based on emotion, desire or even God’s voice in my apartment on a Friday night, but upon a choice that I would make. I needed a renewed mind to lead my often degenerate, but thankfully regenerate, heart.

It was a matter of will and some crazy co-mingling of my mind and heart.  A choice that effects emotion and outlasts wrinkles and overlooks offenses and stale seasons, turns away from momentary temptation, and turns toward eternity.

I went away on a long weekend retreat to be quiet, reflect, seek wisdom and peace from the Lord, and by Sunday night I had made a choice. I called him to say I was ready to see him. He asked, “How about tomorrow?”

Four months later, we were engaged.

God continued to knit our hearts together—to thrust us into the ups and downs of marriage, ministry, depleted bank accounts, three rascally little boys and crazy adventures—that lead us to the most glorious understanding of Jesus and His love for us.

Our daily choice for marital love is the kind of love that sees the deepest faults of another, and chooses them anyway. We celebrate 10 years since our first date this week and still face a daily choice to love each other with a kind of love that is birthed in the heart and sealed in the mind. We don’t always get it right, but I am so thankful God still delights in us despite our failures, lovingly restores us, and says, “Choose again.”

And I feared marriage might be boring? No chance.

Emily Jamieson resides near Seattle, WA with her husband, Marshall, an Area Director for Young Life. Together they spend their time wrangling their three little boys (Tucker, Bennett and Wesley), aspiring to bring out the “kid” in people of all ages and talking about Jesus.  As a graduate of Dartmouth College, Emily works as an Academic Coach for high school and middle school students, has a newfound love for trampoline dodgeball and has a secret wish for a gracious benefactor to one day send her to seminary.

The One (Part One): Is There Only One? Ask Joy

Why Would I Wait Forever, For Forever?—Guest Blogger: Morgan Van Epp Cutlip

Delay Is Not Denial: Joy’s Prayer

Do I Love Him Enough? Ask Joy