Singleness and the Church: BELIEF…and the Satisfied Single

First you may want to read…

Singleness and the Church: A Helping Hand May Help.

Singleness and the Church: Part II

The two general categories of singles I see in the Church:

1) Those who are satisfied single.

Man, I had to do some ground-breaking research to come up with those didn’t I? I think my brain just exploded.

Regarding how these two categories may affect our belief in God, I attempted to get at the heart of people who are Satisfied Single or Ready to Wed.

For Christians who want singleness glorified in the Church, they often quote Paul. He says in 1 Corinthians 7 that it is better to be single.

Paul does say that, (v. 7) but we must not take his praise of singleness and neglect the rest of chapter 7.

What is Paul’s greater point?

I believe he is saying that serving the Lord supersedes any relational status.   So, ultimately we should live in a way that will keep our interest in the Lord undivided. (v. 34) Paul was living life for the sake of the Kingdom.  He had such a profound conversion and encounter with the Lord (Acts 9) that he realizes nothing of this world matters in the same way a life devoted to Christ does.  Paul is trying to help some legalistic Christians in Corinth realize this point.  He is trying to reframe everyone’s perspective on life.  Paul lived a painful, but freeing life of purpose.

True believers know they have a purpose beyond things of this world. (v. 29)

This is where belief comes into play.

I agree…but what is our purpose for getting married?

I recently heard Francis Chan say that according to 1 Corinthians 7, he knew his attention would be less divided with a wife, so he actively pursued.  He was wise.  He understood himself and knew he wanted to be on mission for the Lord above all else. He believed that being married would help him focus and accomplish his work for Christ more effectively, thus he found a woman who also wanted to live a life focused on spreading the love of the Lord. (v. 35)

We cannot ignore the fact that Paul says serving the Lord and being unmarried is best ONLY if your “desire is under control” (v. 37).  Paul understood how God designed human beings anatomically.  Christians call singleness a “gift” because we believe it entails having the gift of celibacy.  It has to be a gift, because as we can see by looking at the human race…it rarely comes naturally.

So, for all of us Christian singles out there who are not actively open to or pursuing relationships, I will trust that we truly believe 1 Corinthians 7 and have been given the gift of singleness… 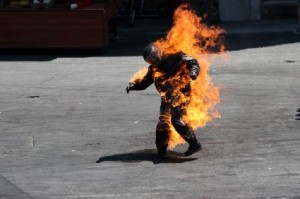 The reason was Paul and Jesus were focused on the kingdom.

We often don’t like when the church talks about celibacy or abstaining because it can be taught without ever teaching “why” scripture encourages such behavior. All our generation has seemed to hear is “don’t.”

We also don’t like when the church says that singles should serve more because they have more time. Everyone is busy. Note to church leaders: Please don’t use us as free slave labor.

What if we chose to believe Paul’s instructions to the Corinthians, or Jesus’s words in Matthew?  What does it mean if we really buy into the whole “our life is meant for the sake of the Kingdom” shtick?

How do we live if we believe?

…to be continued on Monday…

we will be looking at the second group I fondly refer to as: Ready to Wed