I am a loyalist…in friendships, relationships and, apparently, music. If anyone hears that Mary J. Blige will be on tour, 8th grade Joy will be there.

My love for 90’s R&B aside, I have a band that I have listened to every album incessantly. I have attended five shows, and their band name, “Needtobreathe” comes up in my phone’s predictive text.

It all started one winter’s eve when some friends and I got free tickets to a show. 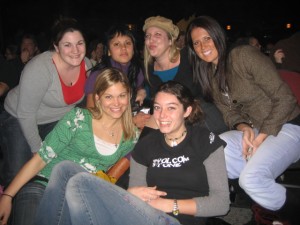 One friend had heard of the opening band and said they were good, but I figured any band that smooshed three words into one couldn’t be that swell.

The lead singer’s cool points went up when he announced that his name was “Bear.” Then, he sat down at a little piano and I heard “Don’t Wait for Daylight” for the first time.

I leaned over to my friend, Dane and said something about this guy’s voice being insane and the music making me want to jump up and run around. Yeah, it was a “sit down” concert.

The next four times I saw them perform, I was anything but sitting. My friend, Mike likes to tell people that watching me at a Needtobreathe concert is “an experience.”

But enough about me…

You know how most musicians sound way better on an album? Not Bear.

(Side story: You can imagine my delight when my friend, Lisa, named her son Bear. She claims there is no connection but that’s doubtful. For starters, she purchased one of their albums twice “on accident” and attended a Needtobreathe concert with me when she was seven months pregnant with the future baby Bear. Exactly.)

Since Bear’s voice was so powerful live and I immediately fell in love with the songs, I purchased their first album. That’s when the loyalty kicked in.

Have you ever wondered what a “soundtrack to your life” would sound like?

70% of Needtobreathe’s songs hold some meaning or memory for me.  Many of their lyrics resonate with me, and the variant of slow to up-beat to fist-pumping-rock gives my A.D.D. some selection.

The first album I remember playing on repeat after my best friend and I got into a fight. I stayed in my apartment pretty much the whole weekend and finally remember thinking, “How many times have I listened to this album?”

The second album was all about break ups and love. Nothing new to the world of music, but I loved it and listened to it…over…and over. Especially during my own break up. Ugh.

The most dramatic “soundtrack” moment happened one morning at 7 am. I had to make the hardest decision I’d ever made. I knew what I needed to do but felt paralyzed and broken. I was driving to an event where I had to be “on” but the tears were flowing so hard that I had no clue what I would do upon arrival. Just then a song from Needtobreathe’s first album (at that time their second album was being aired) came on the radio.

It was never a single.

I’ve never heard them perform it at a concert.

It was never a popular song.

But I loved it.

Never before or after have I heard that song played on the radio.

I’m going to keep the song title to myself, but that is a moment that some might dismiss but I embrace as a little gift.

The movie continues, but I’ll spare the drama. The third and now fourth albums are also about love and heartache, but what I appreciate (since some music can send me into depression by the very nature of its sound) is that none of their songs take me into an unhealthy sadness.

Most of it makes me feel like I’ve taken seven shots of espresso with a Mountain Dew chaser.

And that is why their music is not only my life’s soundtrack choice, but also my “get motivated to ride up that hill” choice.

It’s known among the people I bike with, that if Joy is getting tired, she just needs to listen to some Needtobreathe.  I realize this isn’t totally safe, but if listening to music while road biking with friends is as daring as I get in my life…sue me.  The adrenaline kicks in and I have been known to pass a biker or two if the song is just right.

If only the Tour de France allowed headphones…

The point is – I like them and wanted you to know about them if you didn’t. For those of you who do know about them, I know I know…they have “sold out” and are on tour with Taylor Swift. True, I probably won’t go see them in a big venue, but I don’t call that “selling out,” I call that “smart.”

So, if you need a soundtrack for your life or just some motivation to run, bike, or segway up a hill, their new album “The Reckoning” will be the adrenaline kick you need. 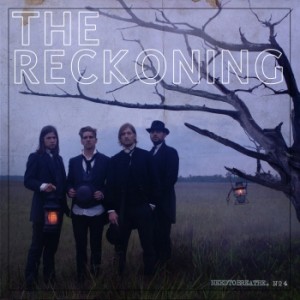 P.S. Look up a photo of the band. Is it just me, or could the bass player pass for Hilary Swank’s brother?

Here are a few songs/lyrics to sample:

Cus’ if you never leave home, never let go
You’ll never make it to the great unkown
Open up your eyes, keep your eyes open

(This one gets my heartstrings a bit.)

(To my future husband: I will never call you baby. I don’t like generic pet names. But we can listen to this song together.)

What is a soundtrack to your life?