Yes, even you creepers who always read and never comment. I want to hear from YOU. 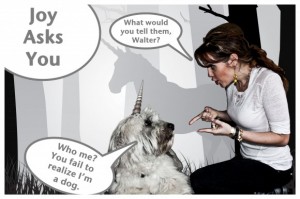 Dale S. Kuehne’s book, Sex and the iWorld, (odd title I know, but it makes sense when you read the book) is an interesting proposal of how sex and culture could harmoniously and purely intersect in the future.  He presents his idea by first looking at sex and its role today in a postmodern society and what it was in the past traditional society, or as he calls it the “t”World.

One of the reasons he believes sexuality is misunderstood and misused is because of how our current culture has created an “i”World. This is one of individualism which diminishes what could be in his proposed “r”World.  The rWorld creates a broader view of healthy and nourishing social relationships where the most fulfilling context for sexuality and relational well-being can take place.

I have talked about how hyper-individualism and technology has created many “me-monsters” these days and was intrigued by this point in the book.

“According to the Oxford English Dictionary, the concept of personal identity doesn’t show up in the English language until modern philosophers first used it in the seventeenth century. Prior to that point in Western history, the fundamental assumption was that humans shared a common nature and that the individual search for fulfillment was focused on comprehending and living in accordance with who humans are by nature. Understanding human nature was believed to be of greater importance in knowing ourselves than was awareness of our individual characteristics. Beginning with the Enlightenment, the search for self-understanding became a more individualistic quest. Understanding individual characteristics became more important than human nature in seeking to answer the question of who we are. In other words, beginning with the Enlightenment we became less likely to ask, ‘Who are we?’ but more likely to ask, ‘Who am I?'”

I believe one of the positive impacts of this shift to asking “who am I?” enabled people to think and be more introspective. But this perspective, along with increased consumerism has distorted how we view our happiness and our relationships. What do you think? What should we do?

How has the societal transition towards individualism had positive (introspection) and negative (“Me-Monsterville”) impact on the church, humanity, sexuality and how we relate to one another?

And how do you think the church we see in Bible times viewed themselves, humanity, sexuality and how they related to one another?

I realize there are many angles to take your thoughts and comments on so just pick your favorite! Annnnnd Go…

*Momma is a self imposed nickname.