So I am a strong and outgoing woman. I am not a shy person at all! When it comes to the relationship area, people are very inquisitive, and they all have opinions as soon as they find out I’m single. I have many friends who bemoan the fact that they are single and will jump at any chance to flirt.

All I do is make jokes about never getting married and say things like, “I have too many plans, and they don’t include a man.” Or, “A man will just complicate my already-complicated life.” And, my personal fave, “I’m too high maintenance.”

All of these things keep me from looking desperate, but they make people think that I’m totally against men and marriage.

I don’t like how that makes me look, but I also don’t want to look like my flirty friends. Of course I would love to be in a relationship with the right guy, but I’m not going to jump at the chance with just any guy. I want the right guy. I’ve been told that because of this, many men are intimidated by me because I know what I want in my personal life and they think I’m too independent. When, actually, I would love nothing more than a man in my life to love and respect and eventually grow old with.

So, the question is, how do I remedy this reputation I have as being the strong, independent, not-wanting-to-marry-anyone girl? 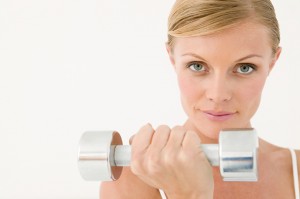 I’m guessing you may have read my response to this question, where I say:

Men will hear your mantra of not wanting to get married, and if at age 25 you all of a sudden decide to change your mind, your past words will probably still ring in the ears of some guys who might be too scared to ask you out.

This is what I would encourage you to do:

Reread what you wrote—especially this line:

When, actually, I would love nothing more than a man in my life to love and respect and eventually grow old with.

This is important for you to recognize as a deep desire of your soul. We make jokes out of our insecurity that it might not happen, or we make disclaimers so people don’t think we are desperate, and all the while we are communicating something about ourselves that is not true or is inauthentic.

Who conditioned us to believe that saying we wanted to be married = being desperate?

My guess is it happened when people were hurt from being dependent on someone who let them down. When we get hurt or see those we love hurt, it’s completely natural for us to conclude, “Nope. Not gonna let that happen to me.” But that causes us to put value on things that I believe are contrary to what God intended for us. God saw Adam alone in the garden and concluded that it was not good. Jesus knew he was physically leaving the earth and commanded the apostle John to take in his mother.

We were designed for relationship.

This does not mean that independence is wrong or solitude isn’t healthy (Jesus was a prime example of carving out some down time). But I think it’s important to recognize some of the reasons why we elevate singleness and independence to a place that is often viewed as “stronger.”

We know from Scripture that God alone is our sustainer, but I also think that God designed things such as food, water, materials, and people as things that are part of His design in sustaining us. And as much as we might like to think, “Oh, I don’t need food this year,” eventually your body is going to tell you something different.

I believe God designed you with the desire to be married, and as much as your fears of looking desperate or your pain from getting hurt causes you to say, “I don’t need a man…”

…eventually your heart will tell you something different.

Does God call some of us to be single? Yes. Does broken humanity cause some of us who desire to be married not to see that fulfilled? Possibly. But the only thing we can do today, in this moment, is to get in touch with our fears and our pain and do the best we can to be honest in how we are portraying ourselves to the world.

As for “remedying” the image you have already created for yourself, I would just decide that today is a new day. When conversations about relationships come up, be honest about where you are at. Maybe even say something like, “Yeah, I know I used to say I didn’t need a man, but I think I was just trying to look tough. I desire a man who loves that I am driven and wants be in a relationship, making a difference in the world together. It was silly of me to act like I couldn’t do that with a husband.”

And in terms of “flirtation station,” don’t try to be something you are not. Don’t force flirting, but don’t stop being kind because you fear you are going to lead some guy on. I used to do this. If I thought a guy liked me, even without him saying that he liked me, I would start being mean to him to get him to stop liking me.

I am so smart.

I remember my mother saying to me, “Joy, what are you doing? You are a Christian woman and you are called to be nice to everyone! Just because you think a guy likes you doesn’t mean he does, and unless he says something to you, you don’t have to marry him!”

So take a bit of advice from my mother. Be nice to everyone. Be consistent. Don’t worry about leading someone on if you know that you are just being YOU. The reality is that some people will like you and you may need to say yes to a date or have an awkward conversation letting a man know you are not interested. But that is far better than scaring off all men because they see how you treat some men.

I am hopeful for you.

Don’t try to downplay your strength or independence, but don’t downplay the desire of your heart either.

(I really think this issue applies to both men and women.)

How do you balance the fears of looking too lonely or desperate with the extreme of coming off as too cocky or confident?

Why do you think we equate independence with strength?