Recently I was talking to this guy and everything was going well. We had planned a date and everything. Out of nowhere, he just disappeared and blocked me on Facebook. Can you give guys advice on that? They cannot just disappear. They have to tell the girl they are not into them. I don’t think this is even a godly reaction. He is not putting the other person’s feelings before his. Please post on Facebook because he is on the Love and Respect Now page. 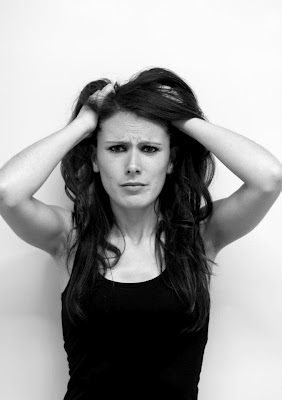 You’re getting your wish for me to post this to the LRN Facebook page but probably not how you had envisioned.

I understand you’re hurt and frustrated, but I’m more concerned that you openly asked ME to publicly scold him because he did something that, in your opinion, is “ungodly.” Let’s take a step back and think about this…

You liked someone a lot. You were hopeful about the possibility of a relationship. You were disappointed and let down. You got your feelings hurt.

These are all true statements.

This being ungodly? Maybe, but there are other possibilities.

All of those options are hurtful, but not all are wrong. His silence, however, was less than ideal, and I would agree that it’s not what I would prefer either. Makes you feel slightly crazy and insecure, huh?! I feel you.

However, a little insight into many of the guys I’ve spoken with: Some say that if a relationship is fairly new or not even developed and a girl decides she isn’t into it, he would rather she just “go dark” than tell him to his face why she’s over it. I think it helps these men save face from having to deal with rejection.

But he went so far as to actively block you! The nerve.

What do you do?

If you still want to know why and his actions seem disconnected with who you think he might really be, you could say, “Hey—I noticed you blocked me. Was that intentional, or did Mark Zuckerberg twist your arm? Did I do something to offend you? That felt kind of drastic, especially since we had plans. So I just want to clear the air if I did something.”

This puts you in a humble but mature position to confront the behavior that you found hurtful and yet opens the door to see if he has a “why” behind his actions. If you know you haven’t done anything wrong, you can live in freedom knowing that, at best, it may just be something fixed by clearing the air, and, if you did offend him, that you are humble enough to hear and sort through what he says.

Be prepared, though; he may not respond.

Response or not, this is an opportunity to talk with God about people who do hurtful things that make no sense. I have BEGGED God to give me answers about certain people’s behaviors, and I’ve suggested He cut off their man-parts (Galatians 5:12). But that doesn’t usually benefit me or my desire to be mature. But we can still cry out to God about our questions. Read Psalms and Job!

As I look back on different scenarios, I realize that sometimes I’ve learned the most when God doesn’t give me a direct answer. In the midst of your questions, I hope you don’t allow bitterness toward him, God, or all men to grow. I see that far too often from people who have been hurt and disappointed, and it’s not fair to their future relationships. In the midst of feeling hurt,

…I hope you can guard against an embittered heart.

If you’re not careful, you might do something immature in return—like asking me to publicly scold him. (-:

From my “scolding blockage” loving heart,

p.s. I know forgiveness is hard, but HERE is a post I wrote on the topic as well as a  SERMON my pastor recently gave on the topic that was really encouraging to me.

Have you experienced miscommunication online before?