I have been talking to a guy from a dating website for about two months, and we decided we are going to finally meet. We are a few hours away from each other. Should I be helping him pay for his expenses? Gas and hotel? Or should I expect him to pay for it and put forth some effort? He appreciates if we can share the cost. 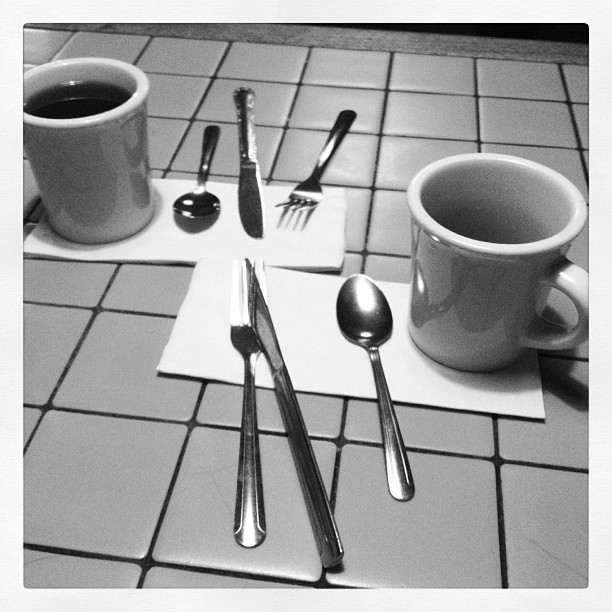 I find your situation intriguing because, in my opinion, any man or woman who is figuring out finances before a date has happened is already communicating that he or she has got one foot out the door or

…will forever be keeping score.

I respect a man who is wise with his money, but a guy who is pulling out his itemized budget before meeting face to face just seems invested in the wrong things at this time. It must not have felt right to you either since you wrote me.

What do you sense he is communicating?

Remember: when we are lonely and hearing things our hearts long to hear, we might ignore things our brains are screaming.

That may seem like a drastic stretch on my part, but it’s something to think about. The two of you flirtatiously fighting over the bill after dinner is very different from a man who isn’t willing to take some level of financial risk. Most high-quality men feel a responsibility to provide and protect, and that usually comes out even while dating. Call it old-fashioned, call it God’s design, but that’s the way most men will operate when they are comfortable with who they are and the women around them allow them to live out that desire.

It’s a form of serving.

It’s also the way most women, when being honest, want to be treated and end up feeling a sub-consious safety. Money isn’t the issue; it’s the symbol of being worthy of being invested in and made a priority.

Many women (myself included) don’t recognize or admit it’s a desire or something that makes them feel safe until it’s not present.

My father doesn’t get e-mails from men complaining that their wives lost their jobs; he gets letters from worried women about their husbands recent unemployment. Is this a social construct? Does it mean women can’t provide for men? No. But a majority of women, no matter how independent or self-sufficient, feel loved when a man is willing to take a risk for them.

Do men appreciate a woman taking a risk? YES. But I believe it’s in different ways.

So as politically incorrect as it might be, it’s not even really about who pays. His asking you to pay shows where his priority is at this point, and that, in my opinion, wouldn’t make too many women swoon.

So if a guy wines and dines you, does that mean he will be a high-quality husband?

But I think you and I would both agree that this scenario isn’t sweeping you off your feet either. It’s my personality to fight to the death to try to split costs with a guy, but I’ve had to fight even harder to admit to myself how good it feels when a guy is interested in me enough that he doesn’t pull out an Excel spreadsheet and divvy up costs.

But the small romantic spark that could have been set aflame was probably stomped out when this guy was focusing the first meet and greet on money rather than on you. Oh, and this is a must: If you do let him come visit, keep your community close by and involved, especially since you know no one who knows him. (Forget finances—he could be an axe murderer!) Your friends should be able to help you sniff out a Scrooge (or Jack the Ripper) even if your puppy-love brain has blinders on.

Praying you have the wisdom to navigate this rather uncomfortable transaction.

P.S. When my sweet little mom read this post she said, “Tell him to save his money and just stay home.” Ha!

P.P.S. Speaking of money, money, money…next week, Rachel Cruze (daughter of finance guru, Dave Ramsey) will be the Illumination Project contributor. Her light-bulb moment for our generation is HUGE.

As a woman, political correctness aside, how would you feel on a first date if the guy asked you to split the cost?
As a man, what are you communicating when you offer to pay in first date-type situations?