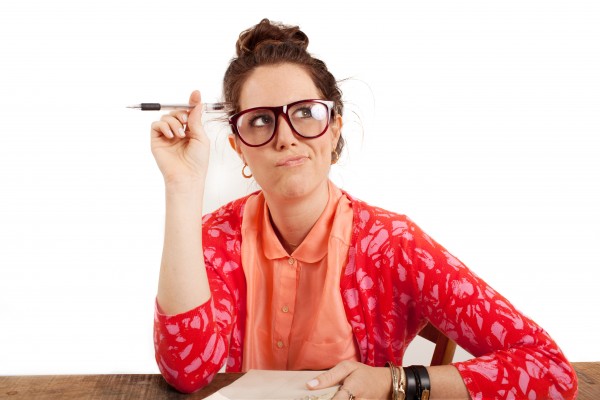 I am excited and honored to speak at Catalyst Atlanta in October. They have a set of interview questions for all of their speakers and I thought I would share them with you as a break from “relationship-talk” and let you in on wisdom I’ve learned from my dad and some of the other things I think about…like Hitler.

1. Who is someone that inspires you today to be a better leader?

Yes. I don’t say that for shock value, but he literally was the person that came to mind. Ever since taking a public discourse class in college I have been intrigued by the mass destruction that was brought about by Hitler’s leadership. His beautifully hopeful rhetoric used to strategically plot away at his plan for demonic world domination has made me leery of leaders. I’m not an anarchist or anything like that, but if I am going to lead, I need to pay attention to who I am following and learning from. There aren’t too many Hitlers in the world, but there are still people who can use their power to lead me astray…

…and it usually appears like it’s leading me towards something good.

“For the time is coming when people will not endure sound teaching, but having itching ears they will accumulate for themselves teachers to suit their own passions, and will turn away from listening to the truth and wander off into myths.”  2 Timothy 4

I also know that I have power to lead others astray. Whether it’s people who ask for my relationship advice or my future children, Scripture is very clear about the responsibility put on people in positions of authority. It might be a stretch to compare Hitler to my future role as a mother, but he’s the leader who comes to mind when I think of impacting children and leading the masses.

“Whoever causes one of these little ones who believe in me to sin, it would be better for him if a great millstone were hung around his neck and he were thrown into the sea.” Mark 9

2. Looking back at the past 10 years what are some of your biggest mistakes that you learned from that you would share with others to not repeat the same thing?

You know all those actions in Scripture that have “fool” listed next to them? Yeah, I’ve definitely dabbled in the foolish department. Foolishness for me hasn’t been out of naivety either. It’s usually been in a place of self-deception. I convince myself that, “I’m free to do that” or “That’s not really a big deal” or “I said that because…”

So how do we not repeat our foolish mishaps?

Recognize that we can always find ways to justify or minimize our foolishness, which eventually becomes self-deception. Let’s stop doing that because the converse of fools aren’t boring people, they are considered wise.

3. What is one mistake you witness leaders making more frequently than others? What are the steps to avoid this mistake?

An addiction to power that propels them into living one way in their private life and another in their public life.

One way to keep from making this mistake is by keeping long term friends in our lives. Maintaining and investing in people who you will let hold you accountable. My parent’s ability to maintain lifelong friendships and invest in those friendships over people who could “do” something for their career is a characteristic I greatly admire.

4. What is one thing about you that “MAKES” you unique, that the Catalyst community probably doesn’t know, but should?

Unicorns, but I think that’s starting to leak. Something that few people know is that I have a weird mole in between my toes. My friends Lindsay and Lisa call it my “black bean.”

Oh, was this not the direction you wanted me to head for this question?

5. How would you describe yourself as a leader?

My father has always told me, “Joy, all those who learn to submit won’t necessarily become great leaders, but all great leaders have learned to submit.” I sometimes think he says that so I’ll keep shining his shoes every day (that’s what submission means, right?) but overtime I’ve come to see the extreme wisdom in his words.

So if the title of “leader” is given to me, I hope it is because people see me as someone confident enough in my leadership, to listen and take heed to the wisdom of others. It’s definitely not natural, but it’s saved me from making a lot of stupid mistakes so far.

6. What are 3-4 keys in the “Making” of a Leader? As you look at the process for yourself of how you’ve been made into the leader you are now, what stands out?

7. What’s the best piece of advice you’ve ever received?

Also another valuable piece of advice was when I was very worried that people were thinking something about me that wasn’t true. I desperately wanted justice and to set the record straight for all those people I was convinced were lying awake at night thinking about this situation. Lovingly my counselor said, “Joy, people aren’t’ thinking about you as much as you think they are.”

But the truth was good for me to hear and it forced me to entrust justice to the Lord.

When I was born, my parents already had two boys. My father was a pastor so everyone in the church gave us pink clothes. It was out of control.

Then, when we were older, all three of us kids would wake up in the night and go sleep on the floor around my parent’s bed. (I feel kind of bad about that now.) If I was able to secure the spot next to my dad’s side of the bed, he would sleep on his stomach and hang his arm over and I would fall asleep holding his pinky.

I’m not sure when, but my dad started calling me Pinky. He still does so, even in public. Probably why I’m still single.

9. What did you want to be when you grew up?

I’m not sure, but I definitely miss being a kid and having lemonade stands. It was pretty lucrative.

10. If you could have dinner with anyone, dead or alive, who would you choose?

BONUS: if you had to be a superhero or famous cartoon character, who would you be?

Are you interested in attending Catalyst in October? Register HERE. 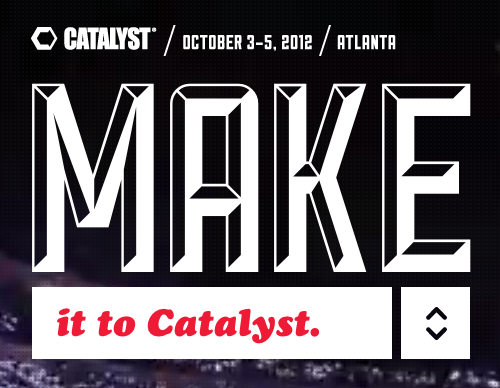