Jon is a writer, speaker, and fellow unicorn lover.

You read that correctly.

I have heard Jon speak a few times and have even picked up a few speaking tips that he passed on to my friend Rachel…who in turn passed them on to me. (Hope that’s ok, Jon.) He was a main speaker last week at Catalyst and once again braided wisdom, humor, and magic into one talk.

He also braids unicorn manes in his down time.

His Illumination moment below was when he realized the impact of having someone believe in him, inspiring him to become a writer.

As you read, be thinking of someone younger than you whom you can encourage.

Who knows, your belief in them may just result in them believing in themselves, and unicorns! 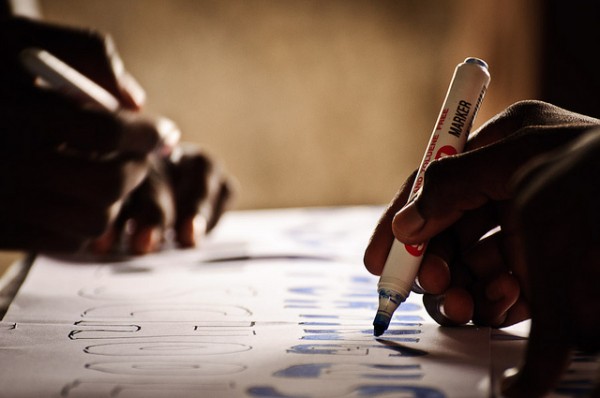 Mrs. Harris and My First Book

When people ask me when I knew I wanted to be a writer, this is the moment to which I most consistently point back. While living in Ipswich, Massachusetts, my third grade teacher Mrs. Harris challenged me to write a book. I’m not sure why, since the class was not writing books at the time.

But regardless of the reason, she tasked me with writing a book and that’s exactly what I did. After school each afternoon I wrote poetry on those brownish sheets of paper with the red and blue lines and mile wide margins.

I remember rhyming “fall” and “tall” an awful lot. We didn’t sell any copies. I didn’t walk away with a lightning strike moment in those cold New England afternoons spent dulling my pencil.

But it felt true.

Even at that age, it felt like something I really liked doing and something I just assumed everyone else liked to do. (There’s a natural feeling to the things we’re called to that we often assume everyone else has.) Nothing dramatic happened with that book, except Mrs. Harris did a few things with it.

She made me feel as though I was a published author.

That was monumental for me. She didn’t tell me I was an author. Those words never left her mouth. She didn’t write that on a note in the book.

She simply put the book together and handed it to me.

Suddenly, I was an author.

The lamination sealed it, literally and metaphorically.

It meant the world to me, and though I couldn’t tell you about anything I wrote for the next five years, that was a flare sent high up in the sky of my childhood. That was the very first hinge moment I can remember where I thought writing might be something I could do forever.

My Dad Gets The Mail

My dad never got the mail when I was a kid.

Well, almost never, because as a pastor who was trying to raise boys carefully, he had some sort of sixth sense when it came to the Sports Illustrated Swimsuit Issue. He could go a full 11 months and 29 days without getting the mail, but then on Swimsuit Issue day, he flashed on the scene like a phantom, grabbed the thing and threw it in the trash before my brothers and I knew what had happened. That was one of the two times he got the mail.

The other was my second hinge moment.

We didn’t talk about it at the time.  We’ve still haven’t talked about it in the last twenty years. But when I was a teenager, he did something that spoke again to that third grader who liked to write about trees.

One night, he grabbed the mail and found me downstairs. He handed me a thick packet with a brown envelope attached.

Unbeknownst to me, he’d sent away for a special kit on how to publish a book. I don’t know if he paid for it or if it was just one of those things you could get for free because they wanted to sell you something.

Here was a thick, “You are important to me, you could be a writer if you wanted to be,” packet.

I think he might have spoken three or four sentences about it and then we never discussed it again. I opened it and was excited but ultimately never followed through on it. I was a girl obsessed, awkward teenage boy, and writing a book seemed difficult and time consuming.

But that moment was part of the fuel that made me feel like my first book was in fact possible.

That moment was forever etched in my memory as something that supported my belief that I could actually do this thing called writing.

My dad believed in me.

My dad believed in me so much that he got a packet for professional writers sent to me!

That was my second hinge moment.

And I can still speak about it like it happened yesterday.

In your life, who has been the most influential in helping you believe in yourself and in your dreams?

Who can you encourage toward their own dreams?

Jon Acuff is the Wall Street Journal Bestselling Author of Quitter: Closing the Gap Between Your Day Job & Your Dream Job and Stuff Christians Like. He lives in Nashville with his wife and kids and is a member of the Dave Ramsey team.