I liked Bianca the first time I met her, but she blew me away when I recently spent more time at Catalyst watching her in her element. Getting to be interviewed by her as well as having the privilege of being on a panel with her and Mr. Leonce Crump was a blast and an incredible learning moment.

Interviewing is no easy task, and the way Bianca channeled “Baba WaWa” in a seemingly effortless way caused me to have some awkward staring moments. I would listen to her and forget that I, too, was supposed to talk.  I just wanted to listen. She’s a gifted woman who I am honored to call a friend, and I hope that I can continue to learn from her.

Plus, we were both home-schooled. 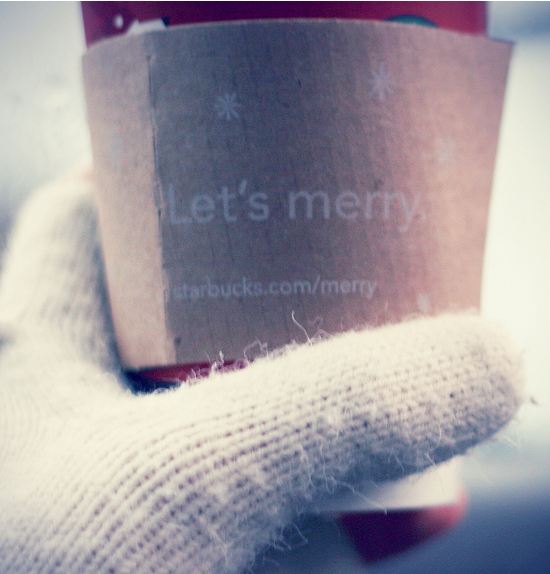 I remember the first time it hit me. It was like a lightbulb went off above my head like they do in cartoons, including the yellow illumination from the heated center. Yup. Just like the cartoons.

His exact phrase was: “OK, but it’s just coffee.”

I’ll rewind a bit to provide some context for my lightbulb moment. For starters, I was 28 years-old, completely single, and the only thing keeping me warm at night were my two friends Ben & Jerry.

I wasn’t the girl who cried about singleness and bemoaned when friends started dating or got married.

In all honesty, I was more afraid of dating than I was of being single. Hence my safety-net friendship with Chunky Monkey and Phish Food ice cream.

It had been years since I had formally been asked on a date, so perhaps I was a wee bit rusty in the proverbial dating department. Throw me a bone! I was a home-schooled pastor’s kid who couldn’t date until I was 18. No lie.

When Matt—the cute boy with blue eyes and fair skin—asked me to coffee, I said yes because it was the natural progression after two months of email correspondence. But after I accepted, I immediately called my BFF and blurted out, “Uh muh gawd, HE ASKED ME TO COFFEE?!”

To which she sighed and reminded me that a coffee date isn’t a marriage proposal. I told her she was right. She said she knew she was. And I hung up the phone.

Left to my own devices, however, I concocted all the reasons why I shouldn’t accept and why it was weird and I really didn’t know what a coffee date meant (for someone who hadn’t dated since George Bush Sr. was in office, this was serious stuff!)

After reading a litany of books about dating/courting/dourting, I’d “Kissed Dating Goodbye” and waited for “The One” so I can have “Smart Love.” Yes, Dr. Phil and Joshua Harris would be proud of my studying habits.

But Dr. Phil didn’t educate me on, oh you know, being normal!

Let’s get real, people. When Matt asked me to coffee, the possibility of ending up dead in a ditch really did cross my mind because I really didn’t know him. As a dramatic Latina, I will always think of the WCS (worst-case scenario), so it was on the top of my list. After successfully plotting my storyline death for Dateline’s “To Catch a Predator,” I wrote a three-screen email to Matt explaining how:

2. I’m not looking for a serious relationship (LIE 2).

3. My involvement in ministry and serving Jesus precluded me from having a relationship (LIE 3).

4. He seemed like a really nice guy, but I wasn’t looking for a boyfriend (And then I sprouted a long, Pinocchio nose).

I hit “send” and sighed a sigh of relief. My life was normal again and the cosmos could go back to centering solely on me and my loneliness . . .

Until he replied: “OK, but it was just coffee.”

It was like the heavens parted and celestial light illuminated upon me. In one quick moment I realized, THIS—THIS RIGHT HERE—IS WHY I’M SINGLE!

I had put so much pressure on Matt, on myself, and on a coffee date that I lost the simplicity of just getting to know someone without the pressure of marriage, dating definitions, or what people would think.

I know, I know, alone time is intimate, and you never want to lead anyone on, and of course you need good judgment when going out with someone…

… but I realized that grabbing coffee with someone of the opposite sex doesn’t throw you into the Proverbs 31 wifey category, much like sitting in a garage doesn’t make you a car.

There were so many voices telling me how dating should be done, what it’ll look like, or whose rib we will be taken from.

But what if the sovereign God Almighty has destined a path for us that is unique and unlike how Joshua Harris, Dr. Phil, or the local Yenta would suggest?

Everybody has a different story:

Eve was taken from Adam’s rib.

Isaac had a match-maker find Rebekah for him.

Jacob worked 14 years for the opportunity to marry Rachel.

Sarah met Abraham in a desert.

Boaz met Ruth in a field.

Moses met Zipporah as a fugitive.

And I met Matt at Starbucks.

Paul urges the early church to work out their salvation. I’m advocating we learn from that spiritual discipline when it comes to our relationships as well.

What may have worked for someone else doesn’t mean it’s how it’ll work out for you. You are uniquely created and your story is your own.

Your love story should be as well.

Contrary to the suggestion of family members and much to the chagrin of leery church friends, I met Matt in 2009 through eHarmony and went a coffee date with the blue-eyed boy with fair skin.

Over a simple cup of coffee, I met a friend.

Don’t put a timeline, a plotline, or a storyline on how your relationship will pan out.

So before you freak out and analyze how, why, when, and what next, remember:

When someone asks you out to coffee, do you immediately think it’s a date?

Are you letting God write your unique story, or are you comparing your relationship journey to someone else’s?

Bianca Juarez Olthoff is a writer and speaker who is in love with two men: Jesus and her husband, Matt. She spends her week working as Chief Storyteller for The A21 Campaign, an anti-human trafficking organization, but loves having dance parties in the living room with her two step-children or cooking meals for friends. Passionate about God’s word, she teaches around the globe and blogs about life, love, and the pursuit of Jesus.