A little history on Lesley: we bonded in college over a WWII project in our Public Discourse class.  Our group created an interactive experience where our peers could emotionally engage in different aspects of the war—the London bombings, Nazi gas chambers, families receiving news of soldiers killed and the atrocity of the atomic bomb. You know, light stuff like that.

Our goal was for people to “never forget” and I’m pretty sure our class never did.

Though we’ve put our WWII reenactments by the wayside, my friendship with Lesley has remained close.  Lesley is a person who asks good questions, listens, and responds wisely.  I’m so proud of her as she now embarks on writing a book about her husband, Jonathan (a fellow college friend), battling cancer.

Life has a way of waking you up when your friends start getting cancer. I know how surreal it was for our college group of friends when we got the news about Jonathan; I can’t fathom what it’s like to be the spouse, partner and best friend… 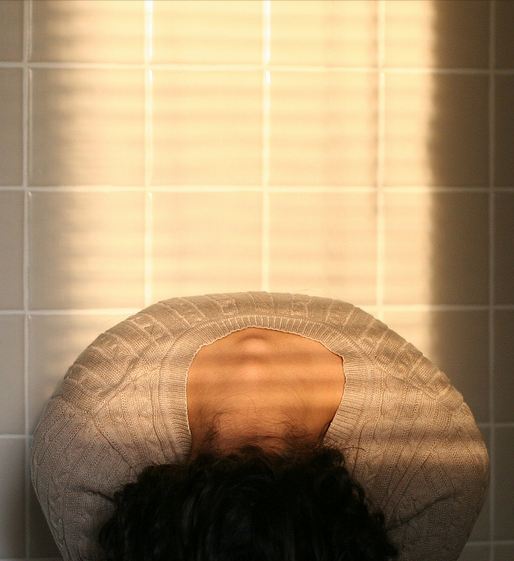 My life changed rapidly one afternoon last fall. I’d been pacing the house waiting for Jonathan’s phone call about his test results. And when it came, and he said “Cancer,” I collapsed into my chair and fell apart.

I remember sobbing the tears that don’t let you catch your breath; the kind that make you gasp for air and wail in such a way you don’t recognize your own primal sounds. Rocking back and forth, I stared at the blackboard on our kitchen wall. It read, “Sun is shining, weather is sweet, makes you want to move your dancing feet.” I’d written the Bob Marley lyric in August, after I’d given birth to Anna. We’d been living in a dizziness of warmth since then her arrival that I’d never felt before, and certainly didn’t think would end so abruptly.

A couple things happened after Jonathan’s cancer diagnosis. Almost at once, strangers began offering well-intentioned advice about asparagus diets and sperm preservation.  While the imposing guidance was really no one’s business but ours, it was easier to digest than some of the commentary around how we should feel.

“You just need to be strong,” they said. And, “You don’t know enough yet—so don’t go there.” By “there,” they meant death.  The statements were meant to be encouraging but mostly they just left me confused. While everyone was telling us not to worry, flowers were arriving and pitied looks became the norm.

If there was nothing to be concerned about, why was everyone treating us like death could be right around the corner?

In the weeks leading up to Jonathan’s biopsy, before we knew the type of cancer and the stage, our home life became tense. For one, the mass in his neck was causing increasing pain that made him irritable. Worse, the fear of all the unknowns had stolen the carefree man I knew. And then, of course, there was me. The supposed strong one. He didn’t know it but I was battling ugly voices in my head—ones that were saying, “You could become a young widow” and “She might be your only baby.”

Jonathan certainly didn’t need any more burdens so I listened to others’ advice, the stuff about being strong for him. I kept my own fears hidden and instead poured my attention into researching best doctors and top hospitals. At night he’d come home from work and plop on the couch where he’d quietly stay until bedtime. The dishwasher would hum, the TV would flicker, and I’d putter around in silence until one day, after several weeks of the nonsense, our kitchen became an explosion ground.

I don’t recall how the fight started but most likely he was just minding his own business and I exploded. I remember flipping dinner on the stove as tears rolled down my face and he begged to know why. Finally, I choked out these words:

“I know you’re scared. But have you even thought about me? If you die, YOU DIE. You’ll go to heaven and be with Jesus, and I’ll be the one left here with our baby, without you. And the worst part is I feel like I’m already losing you. You’re shutting me out.”

At the conclusion of my snotty nosed diatribe two things happened almost immediately. I started to feel wonderfully freed from the fears that had been plaguing me for weeks while at the same time I experienced terrible guilt for expressing them to someone who had his own set of worries.

The conversation that took place after my confession was neither easy nor short.

In fact, had it been a scene in a Hollywood movie, most women in the theatre would be doing the ugly shoulder shake cry as he said, “Lesley, don’t you know that leaving you alone is my greatest fear too?”

I verbalized what he didn’t want to say out loud, and while it was achingly painful to work though it’s also when I had a lightbulb moment I’ll never forget:

Both of us had been trying to protect the other by holding our own feelings in, when all it was doing was pushing the other person away.

I had convinced myself that Jonathan couldn’t possibly understand the guilt overtaking me from what seemed like a horribly selfish nightmare of becoming a widow.

Little did I know he was in agony over the very same fear.

Months have passed since that night in the kitchen.  Countless doctor’s visits, chemo treatments, and PET scans have officially landed him in remission.  He is healing physically; we are healing emotionally.

When I think back to the early days of cancer I realize a lot of well-intentioned people thought they could protect me from feeling the agony of “what-ifs?”

Now I know that talking through the tough stuff is what it looks like to fight the good fight.

How do you handle well-intentioned people trying to protect you from digging into your emotions?

Are there fears that you’re holding back from your loved ones? Why?

Lesley Miller is a Westmont College graduate living in Sacramento, California. Her work has appeared in Relevant Magazine, Christianty Today’s Hermeneutics blog, and The Violet Online. She loves to run, read on her front porch, and bake desserts.