Fellow Portlander Emily is comin’ at you live today with two things we couldn’t agree on more:

1. Our need to launch our rap careers

What I call “ATB” Emily calls “No Negative Generalizations,” and my parents call it “Assume Goodwill.” And eventually, I will just come on stage and start all my raps with “Yo, let’s ATB all up in heeeeeaaa!”

She’s a gifted rapper and writer and her post today is one that I think puts my own heart into words far better than I could. Thanks, Emily, for speakin’ up! 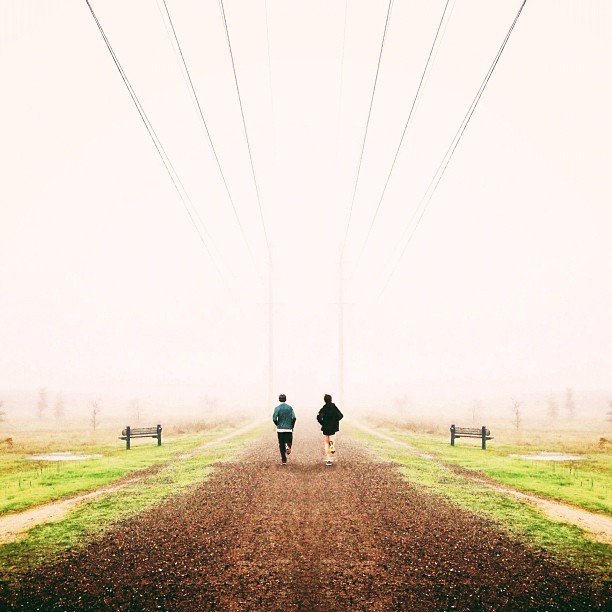 Saying No to Negativity

Like most good ideas, this one began as an innocuous scrawl in the back of my day planner.

At the beginning of 2012, I wrote out a few ideas for my next year.  Not quite “Resolutions,” because I don’t believe in sudden shifts as much as I trust slow, steady growth, but just a few things I thought would be cool to sidle towards. I checked off a few (hike a local trail called “Dog Mountain,” take a solo road trip) and didn’t accomplish others (visit a different country, pay off my car loan early).

But there was one thing on that list that turned out to be a pretty big deal.

No, I’m not here to finally unleash my rap career on all you little baby unicorns, although if I had one of those, I think this space would be the perfect venue. (Can we talk about how much we all love Joy and Steph singing together? Yes? Okay.)

What I mean is, I decided that I wouldn’t say anything negative about half the world’s population at once.

No Negative Generalizations.  About men or women or any group of people.

I’m not sure how I came up with it or why it stuck, but I kept thinking of it throughout the year. I’m not saying I followed the rule without fail, but I got better at it. I’d take a gulp of air, ready to launch into a big authoritative speech, and then I’d remember my goal and have to swallow my negative pronouncement. (I’m not even going to tell you how often I got the hiccups because of this. But it was often.)

It’s easy for me to get in a pattern of negative generalizations. It wasn’t even until I started trying to build a new habit that I realized what I was doing. I became aware of how often I’d casually throw in “I hate how women are always…” or ‘The problem with men is…” in every day conversation.

As much as I proclaimed hope for positive interaction between the sexes, or for healthy romance in my future, I wasn’t really speaking like I believed in it.

It’s easy to be cynical. It’s not hard to find a few experiences that have really hurt you and draw conclusions based on those. But rather than saying, “This person’s behavior hurt me” or “I need to set a boundary for my own health,” or “I didn’t understand you, can you explain?” we say “women are just too emotional” or “men don’t want to commit” or “there aren’t any good guys/girls left out there!”

Those latter statements can keep us in a state of frustrated frenzy that is really destructive.

I did a lot of online dating last year. It was a great experience. I met some fantastic men, had fun adventures, learned new things about myself, and had more than a few opportunities to practice my “no generalized negativity” principle.

Because dating, well, every interaction with humans, but especially dating, offers us many chances to grow up into healthy, mature, responsible people.

There were times when a certain guy would say he would call me, then didn’t. That hurt. But when I made a tiny choice to say “it hurts to be rejected” instead of “men just don’t follow through anymore,” I was choosing to grow.

It didn’t stop my pain, but it stopped the cycle of blame.

It kept me from projecting one person’s choice onto an entire swath of the population. It kept me from building up unnecessary walls against the next guy I dated, who did keep his word and call me back.

The thing that works for me is that No Negative Generalizations doesn’t mean that I don’t stand up for myself or that I’m open to harm. It just means I don’t blame every other person in that gender for something negative that I experienced in one relationship.

It’s a reminder that my frustration is always with poor communication, inappropriate behavior, injustice, and sin, not just “men” or “women” or “dating” or “the church” or “tube socks.” (They slide down my scrawny ankles, okay? Bunchy socks are so aggravating.)

And as much as I may act like it on Twitter, I don’t actually have the authoritative statement for every thing, for every person, for all of time. I still have the ability to call out poor behavior, to set boundaries, or to ask for help navigating a tough situation.

But my “No Negative Generalizations” principle helps keep me focused on the specific people and circumstances in front of me. It helps me hope instead of pile on fear and judgment. It keeps me grounded in reality.

I haven’t made a new list yet for 2013, but when I do, I know I’m going to keep the No Negative Generalizations one on there.

And maybe start working on my rap career.

QUESTION: (From me to Em-izzle and all Y’all fools!)

What about when guys throw trash at me? Can I make a negative generalization there?

Emily Maynard is an outgoing introvert from Portland, Oregon. She likes Twitter, vegetables, fashion, Harry Potter, mentoring college students, and new information on anything. Her work has been featured on Prodigal Magazine, A Deeper Story, and Crosswalk. She writes and speaks about being a whole person, faith, relationships, and figuring stuff out. Her Spirit Animal is a lion, obviously.