Esther is a humanitarian photographer. What does that mean? Well in my words, it means she puts people above getting the best shot. With every client, Esther will build a relationship, validate a person’s significance, and hear their story before she works on the best lighting or angle.

And if you ever have an opportunity to hear her speak about her work, take it…

I first met Esther when we traveled to Bangladesh with Food For The Hungry to meet my little friend, Fulmoti. Since then we’ve remained fast friends, and I even convinced her to come to Portland to “diversify her portfolio”—aka to take weird photos of me for my upcoming book.

That photo shoot in the land of coffee and bikes didn’t change her life (nor will it change yours), but here are some shots and stories Esther has shared with us—they changed the way she saw life and will hopefully do the same for you.

Note: The reason I have had all of these “Illumination” guest posts is so that we can expand our minds through what other people are learning. These guest posts are not part of The Illumination Project small group series, but as you will see if you go through the 6-week study, I have designed it in a way so you, too, will hopefully have your own lightbulb moments to eventually share.  Enjoy!

Illumination Around the World 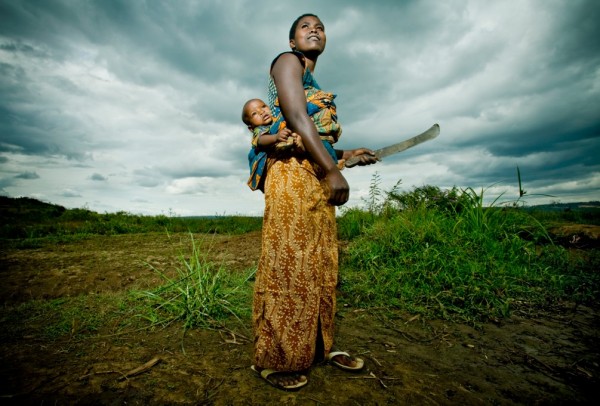 When I captured this woman in Rwanda in 2008, my entire perspective changed. I got down below her and looked up to her when I captured her. For years I had looked down on people in poverty because I didn’t understand it or what to do with it. I heard two very distinct phrases in my spirit before capturing this photo:

1. “Who we are is not our circumstance.”

I had been viewing people for their circumstance and not as God wanted me to see them. I took out my strobe light and had a friend hold it up with his hand and the the lighted shined on Manwoondi. I saw her as a gorgeous woman who wakes up everyday to work tirelessly in a field to provide for her family. She is someone I should be looking up to. The photo was magical, and it was at that point that I asked God to show me what He saw in every place I went. I didn’t want my critical eyes anymore. Since that moment, I continually ask God to show me what He sees in every village I go to. 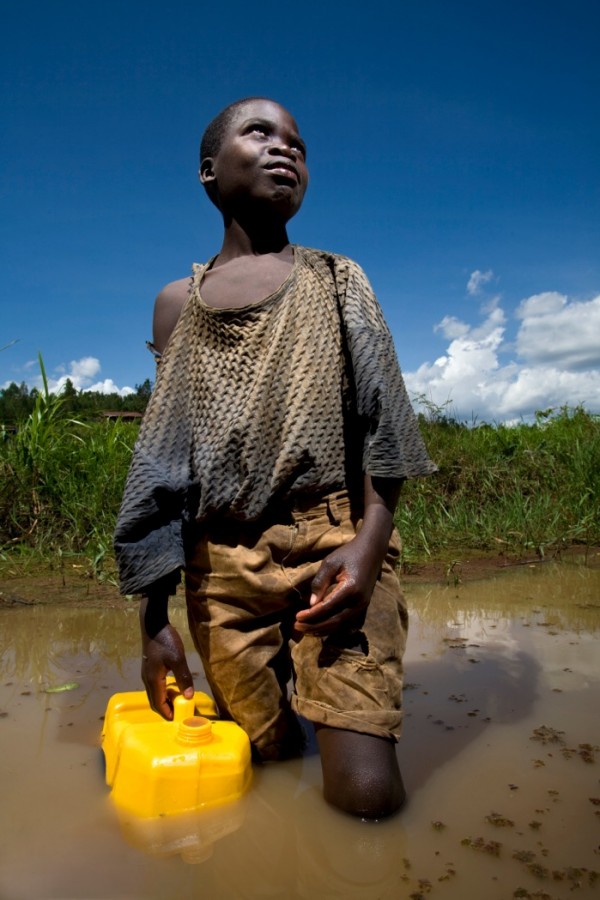 This photo of Jean Bosco taught me that stories can change stories. I had never really done a full-length story about someone till his. I spent 3 days in his village with him and captured his walk for dirty water as a water well was being drilled in his village. I rejoiced with the entire village as they pumped clean water together. 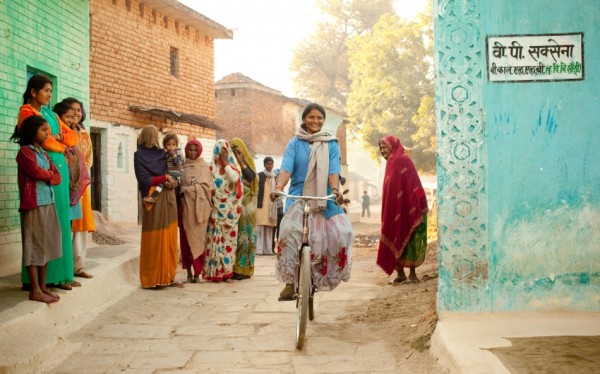 This photo of Ram Rati says so much. She lives in a community in Northern India where women use their Saris to cover their faces. Ram Rati was married as a child, divorced shortly after, and lives on her own now. She started a small business in her home, trained to become a well mechanic, and now roams the streets on her bike asking who needs their water wells fixed. One-third of the water wells are broken in India, and it’s women like Ram Rati who are going to change that.

She is bold, spunky, and she is teaching other women that they can work, too.

I loved this story in particular because because Ram Rati was so real with me. She didn’t hide her personality at all. At one point she grabbed a rifle she had in her home to pose with it. In the shot below, she is pointing the rifle at me! I screamed at the top of my lungs and the whole village burst out laughing at me. I still don’t know if it was loaded or not. I don’t think she did either.

She is a leader, and I felt that immediately. She had recently bought a plot of land and hired people to cultivate it. This story went on to raise thousands for well mechanics in India. 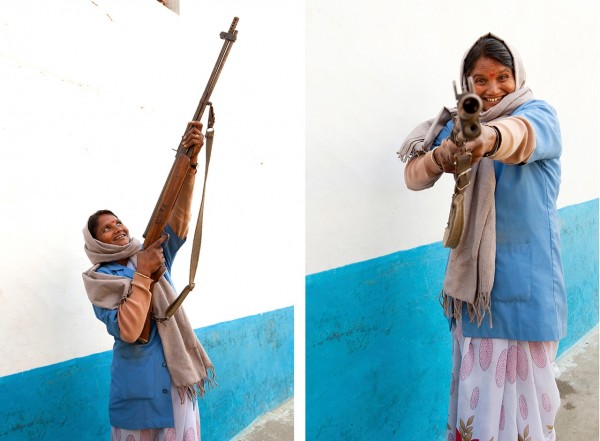 These are just a few of the countless people and their stories that I’ve had the honor participate in for a moment. I hope sharing them with you will make you realize, as I did, that people are not their circumstances and the light is shining everywhere—I hope you take a moment to see.

p.s. [JOY here again] This is some of the mayhem that happened when Esther came to Portland. (Photo of me pointing rifle at Esther, not pictured.) 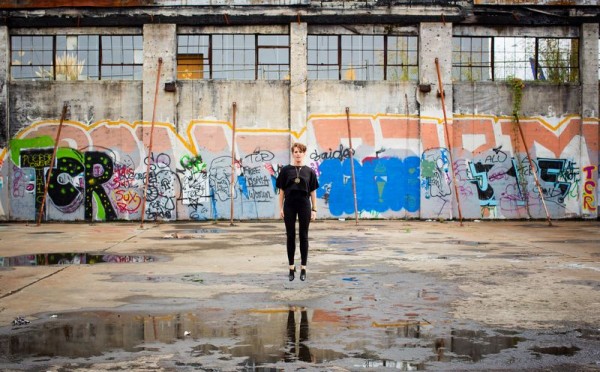 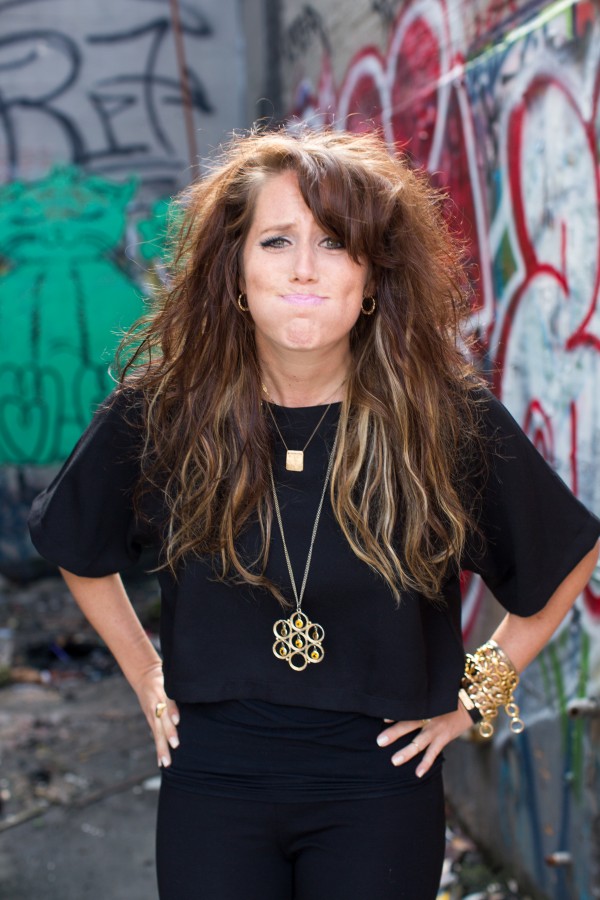 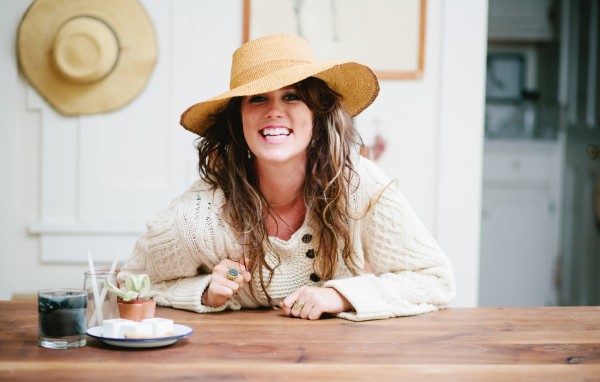 Esther Havens is a Humanitarian Photographer. She captures stories that transcend a person’s circumstances and reveal their true strength. For many years she has worked on social-awareness campaigns with organizations such as charity: water, TOMS Shoes, Concern Worldwide and A Glimmer of Hope. Her images compel thought and challenge action. She has traveled to over 45 nations in the last 10 years — and she’ll keep going until she sees that every person on the planet has access to education and clean drinking water. At heart, she is a connector, fostering relationships across continents, cultures, industries and perspectives. While not traveling, Esther calls Austin, Texas home.