Ask Joy: Everything I Do, I Do For Women!

I have a question about the delineation between dependence and assistance. For me, I have always done better when I have a romantic relationship to motivate (inspire?) me to do better.

A good example would be from school—if I am by myself without any kind of close relationship, or maybe just with my guy friends, it can be easy to let things slip in school a little, and I won’t do as well as I should. But if I’m dating someone—or even just interested—my motivation tends to increase, and I’ll work much harder than I would otherwise. This has been the case in other areas, such as budgeting and scheduling, but school is the easiest to draw an example from.

Because of this kind of dual behavior, I have avoided relationships to try and “be a better person,” working from the concept that times of singleness should be used to improve oneself for relationships. 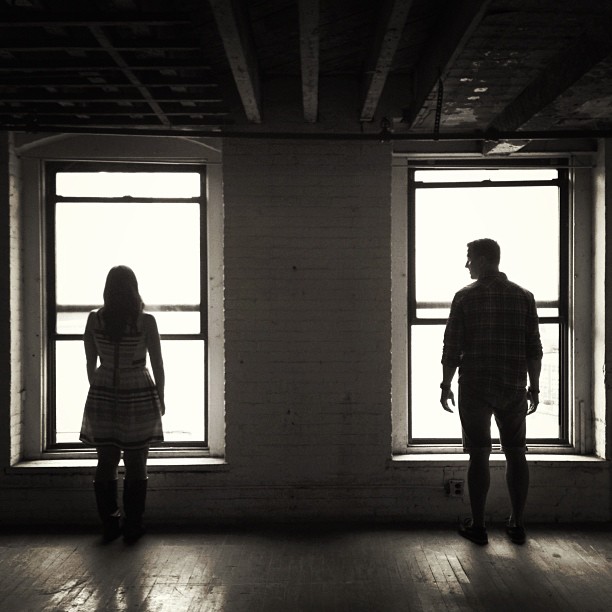 Anywho, I don’t think you are alone in this—I tend to see many men dealing with this question. Many husbands desire the approval of only one woman (and hopefully that person is their wife). They want to know that their spouse believes in them and thinks they can “do” something important.

Research shows that most men thrive and are healthier within marriage; therefore, it would be easy to conclude that their wife is a key motivator to their success.

(Cue the Brian Adam’s song, “Everything I Do…”)

Being a motivator, though, is different than being a savior or the sole reason for inspiration—that could create an unhealthy dependency and lead to being defined instead of refined by your significant other. You don’t want someone to be the only reason for your actions because, well, they are human and they might die, leave you, or let you down. If your actions hinge completely on them, then you will be a mess when something changes. You work hard solely because God calls us to work hard and with a standard of excellence—wife, girlfriend, or not.

But being motivated to work because you have a specific woman in mind isn’t a bad thing either. It doesn’t mean she’s the only reason, but she is one of the reasons you may have a desire to protect, provide, and be worthy of that role—whether that woman tangibly needs it or not. And that’s a very honorable thing.

I realize it’s harder to get motivated when there’s not a specific person in mind, but that doesn’t make you a hypocrite. Just remember what you were created to do, and remember that, even if you don’t see the woman of your dreams, she might be watching you.

For me, it’s very attractive when guys are already disciplined personally, professionally, and spiritually before we meet instead of trying to kick into gear after our first date.

But if you don’t feel completely ready, don’t let that keep you from dating. You will most likely not have it as “together” as you ever want to be—if we waited for that to happen, none of us would ever get married!

I know a lot of disappointed women who have guys in their life whom they admire and respect, but feel rejected when the guy says he can’t be in a relationship or “isn’t dating right now” because he doesn’t feel like he has everything figured out.

On behalf of most women, let me say, “We want to do life together, not join a man who has life completely figured out.”

Male or female, my hope is that all of us—with or without someone—will strive to live lives as if we had a spouse or family that counted on us to make wise decisions, and because of a desire to honor God with the life and gifts we’ve been given. At the same time, I pray we are able to give grace to both ourselves and the people we pursue, removing the pressure to have it all figured out before we dive in.

Until then, Benjamin, if you find yourself singing this song as you release flaming arrows in the woods, it’s understandable.

From my motivating heart,

p.s. Last week I shot an Ask Joy video from a guy who tries to play savior in his relationships. Coming soon!