The Beauty of #MMM

Outside of having a hyper sensitivity to what I was doing all day Monday and wondering when the next alarm was going to go off (I’ve never gone to the bathroom so quickly) I was pumped by the response for #MMM. I think I could kiss a unicorn. Many thanks to all who participated, and now, the backstory…

Recently I was having breakfast with my friends, Shannon and Melissa. Melissa is a N.I. (Non-Instagramer) and we were explaining to her that people now write #nofilter if a picture hasn’t been doctored, because everyone assumes if a picture looks good, it’s obviously been edited.

“No no, really people!! This tree ACTUALLY looked so good that I need to inform you that I didn’t do anything to make it look more gooder. #nofilter #fo-real #properenglish.”

Or maybe it’s not so obvious.

When a picture has a #morningrainbowsandsunshine filter we may not think. Over time we may assume reality really WAS that vibrant even though we’ve never seen a tree in the Northwest produce neon pink leaves.

This type of voyeuristic not thinking can translate to our personal lives. I’ve mentioned in posts from the past that we can easily be distracted, dissatisfied or disillusioned with our own life by what we see online. For example…

Woah. Settle down, Joy. It’s just pictures. And now the extremists among us are gonna go deleting all their social networking accounts and get pious about people who use photo filters and make their pictures artsy.

Let me go on record saying that I personally love all the photos the galaxy of social media provides. It’s an artistic and creative outlet for many and a way to keep friends and family up to date on life’s happenings.

There is beauty to behold in this life – even online. We are attracted to beauty and we can’t help being awed and trying to awe others. I think that speaks to something greater and something very good.

But good can always be twisted, and toy with us.

Rarely do I post a picture without thinking, “will this be funny?” or “wait, where’s the shot where my lazy eye is less noticeable?” And I certainly don’t want to post a boring picture where I am paying bills, blowing my nose after crying, or staring at a wall with my mouth half open.

Am I alone in this? #dontlieyouhavealazyeyetoo

After doing this #MMM project (which I realized later was the dumbest hashtag I could have created; see why here) I realized I wasn’t alone. And many of you did what I KNEW would be uncomfortable for all involved by posting pictures with: no filter, no editing and no explanation, at random “uninspiring” points of the day. Here’s what some of you said…

“I felt a little disheartened that my life is so boring.”

“I care way too much what other people think.”

“I’ve found myself posting the pictures and than anxiously waiting to see if anyone likes them or comments on them. Like what they say would make my day less tedious or less mundane.”

“I never set alarms on my phone so every time one went off, I just about had a heart attack.”

Me too. Seriously. If you have an iPhone, whatever you do, don’t set your alarm to the sound of “Trill” unless you want to cut years off your life.

Outside of causing heart palpitations, I also wanted to highlight that maybe our view of what is beautiful or important has been skewed or revalued. Some of you realized your life actually needed something different and you were inspired by becoming aware of your daily choices.

“Is this really what i want my life to look like?”

Others of you found comfort in realizing you were not alone in your eight hour computer stare.

“It was great to see that there were plenty of other people stuck behind computer screens, or trapped on couches all day long. I’m not the only one who isn’t enjoying an iced americano in a field in a perfectly staged picture.”

#MMM shots from some of  YOU 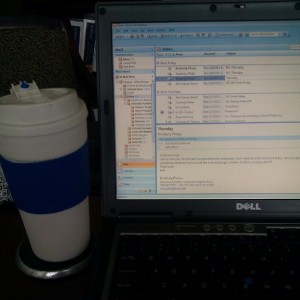 Most typical picture, tied with driving shots. via @noordinaryheart 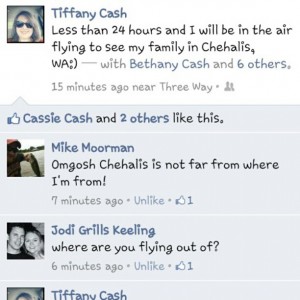 One honest person being on Facebook when an alarm went off! via @tiffanygail518 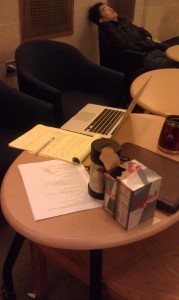 Best shot of an unassuming victim via @sarahtate (How long were you watching, Sarah? #creepy) 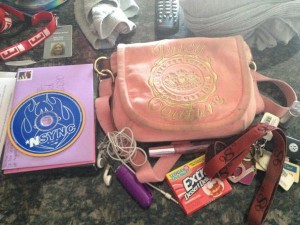 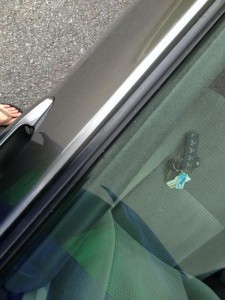 The photo that caused an audible “oh no!” out of me. via @amarakress 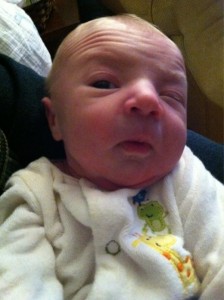 This is my favorite shot. Hands down. via @grossphotos

That morning with Melissa and Shannon I decided I wanted to do something that would be a tangible reality check reminding us that online photos usually highlight the highs, representing only a small portion of our lives…but to also remember, that there’s beauty in the mundane.

You know how scripture tells us the story of when Jesus noticed the old widow giving her small amount of change? (Or “widow’s mite” as you might call it. #dadjoke) Jesus was about to go to the cross, a burden that must have been slightly distracting and consuming. But guess what? He noticed. His friends were looking elsewhere, but Jesus was fixated on her.

She was doing something she had probably done many times, and she probably did so in faith. No one paid attention because they didn’t see her as a big “contributor.”

But guess what? Jesus noticed. And he thought it was beautiful.

As my father, Emerson Eggerichs says, “What matters to God, matters.”

So on those days when you feel like you’re not a big contributor to the world, your job or your family…know that He sees your heart. And when you don’t have vacation photos to post or cool desserts to snap because you’re saving money to pay off your college loans…know that He sees you. Or when your summer is spent in the hospital with your mom who is dying of cancer instead of capturing a shot of the drummer throwing his sticks after the final encore…know that He sees.

And even if you DO have all those cool shots to post, how much are the number of “likes” really going to matter other than momentarily making you feel noticed?

I appreciate all of you who contributed to the #MMM project, but I want you to know that you’re really a contributor to this life not because you get noticed or “likes” or comments, but you contribute if you just keep going each day – with an awareness of true beauty – even on the mundane days, in May, that happen to fall on a Monday.

And there’s beauty because it’s real. And real life has #nofilter.

It can can be…

You probably won’t post those pictures or many like the ones you posted yesterday. That’s ok. But remember, there are other people not posting the #nofilter pictures, too. And even though you might be in a season of seemingly unending “mundaneness”, think about the way Jesus noticed the widow. Take note of the gifts you have been given and try to create beauty in the mundane by the way you live even if it’s not by everyone else’s beauty standards.

I hope you believe there is one who is watching.

Comment here or get a group of friends together to discuss. Of course only after taking a group photo of everyone laughing “candidly” while they are #havingthebestnightever!

Do you think you miss the beauty in your own #reality because you are comparing to other people’s #filtered-reality?

Could you do more things in the day to add #real beauty to your mundane and others’? How?

Is the mundane serving a purpose for you right now?

How do you think the perspective I’m presenting translates to our #real-life relationships, marriage and singleness?

Do you struggle to believe God takes notice of you?

p.s. Here is the photo album from some your #mmm madness. If I didn’t find your shots, post on the FB wall!

p.p.s. Seriously – only one person caught looking at Facebook? Liars.